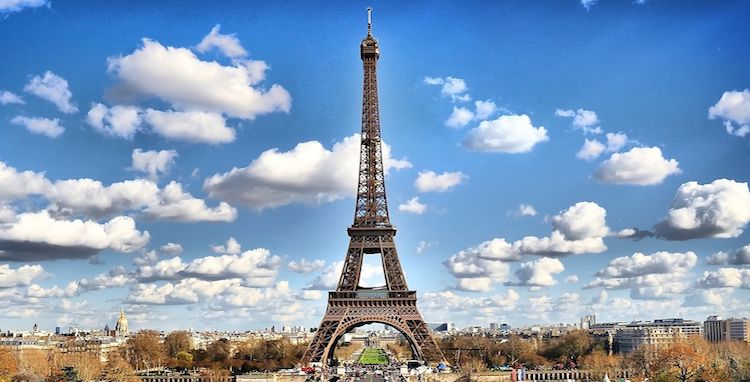 I’ve been on Yuval Noah Harari overload lately. A month-long read of Homo Deus brought me some insight into the future of mankind, or perhaps the evolution of said “kind.” Harari’s books have left me with a bunch of thoughts about his ideas, but often I haven’t written them down; so I’m left to circle back on them another time. That’s ok because sometimes this stuff really needs to be pondered. Today, I returned to an idea in Harari’s first book Sapiens: A Brief History of Humankind about travel (and thanks to Reddit). It had me thinking about how this relates to my own view of the pursuit.

Take a look at this quote from Harari. He’s talking about travel, and not in the greatest light:

“Let’s consider, for example, the popular desire to take a holiday abroad. There is nothing natural or obvious about this. A chimpanzee alpha male would never think of using his power in order to go on holiday into the territory of a neighbouring chimpanzee band. The elite of ancient Egypt spent their fortunes building pyramids and having their corpses mummified, but none of them thought of going shopping in Babylon or taking a skiing holiday in Phoenicia. People today spend a great deal of money on holidays abroad because they are true believers in the myths of romantic consumerism.

Romanticism tells us that in order to make the most of our human potential we must have as many different experiences as we can. We must open ourselves to a wide spectrum of emotions; we must sample various kinds of relationships; we must try different cuisines; we must learn to appreciate different styles of music. One of the best ways to do all that is to break free from our daily routine, leave behind our familiar setting, and go travelling in distant lands, where we can ‘experience’ the culture, the smells, the tastes and the norms of other people. We hear again and again the romantic myths about ‘how a new experience opened my eyes and changed my life’.

Consumerism tells us that in order to be happy we must consume as many products and services as possible. If we feel that something is missing or not quite right, then we probably need to buy a product (a car, new clothes, organic food) or a service (housekeeping, relationship therapy, yoga classes). Every television commercial is another little legend about how consuming some product or service will make life better.

Romanticism, which encourages variety, meshes perfectly with consumerism. Their marriage has given birth to the infinite ‘market of experiences’, on which the modern tourism industry is founded. The tourism industry does not sell flight tickets and hotel bedrooms. It sells experiences. Paris is not a city, nor India a country – they are both experiences, the consumption of which is supposed to widen our horizons, fulfil our human potential, and make us happier. Consequently, when the relationship between a millionaire and his wife is going through a rocky patch, he takes her on an expensive trip to Paris. The trip is not a reflection of some independent desire, but rather of an ardent belief in the myths of romantic consumerism. A wealthy man in ancient Egypt would never have dreamed.”

In the context of modern life, most would probably consider “consumerism” a bad word. We’re all trying to fill that void by buying things we don’t need, right? The very idea of us living to consume is one of poor taste and probably says that a person needs to fix something in themselves first. The second concept he talks about is “romanticism,” something that probably implies a different, more positive vibe in Western society. After all, what’s a listless relationship if no void of romance?

He’s right here to say that romanticism and consumerism are a perfect match. We’re bombarded daily with the idea that buying a diamond ring for your significant other might be the most romantic gesture ever. The shallow depths of all advertising tries hard to replicate things that are real (like human social bonding) with fake, purchasable goods. Good for the economy though, right? Even better, good for business growth, the universal fuel of our economy.

But, travel is where Harari fails to plumb the depths of the ideas he presents. On the surface, he’s on to something: The nature of tourism is mostly vapid, often harmful and consumerist. As he says, tourists pay for experiences, not flights. There’s not wrong here if you stick to surface-level stuff, but I think that if he circled back on this idea himself, he’d probably see more.

First, modern Sapien is probably living in an environment that lacks real variance. If I walked down the same street or road enough times, I’d probably be able to do it “with my eyes closed”. We’ve built towns, cities, and large groups of people and so very little for our brains to do while in these spaces we inhabit. I am no cognitive scientist, but it’s clear our brains need to be stimulated to keep them from fading. This stimulation may be the same as romanticism, you say? Well, you’re right, but maybe not. The simple act of walking down a different street is surely variety, but few would call that romantic. The reality is as we age, our mind makes shortcuts and the perception of time speeds up. Wholly new experiences can help to slow that process and help to enhance our cognitive abilities.

In fact, when I think of pleasure-based travel, there are two ways I see people do it (and perhaps a million shades in-between). They either take a detached trip or an immersive one. The kind of travel Harari speaks of is so detached, that and “expensive trip to Paris” to some might be easily faked with a fancy looking hotel and a high-resolution billboard of the Paris skyline viewable in the window behind you. Folks that travel to resorts are similar; they crave the feeling of being inside a place, but they don’t really want to face any of the hardships inherent in that place. It’s a “choose your detachment comfort level” when travelling like that. That seems to be the depths of Harari’s view on travel.

That’s ok too, really. The second kind of travel is what I would imagine ancient Egyptians might do if they had the means and the time. They might embark on a mission to understand their African neighbours to the south in Sudan. They’d go with open arms in an attempt to learn more about what the Sudanese could teach Egypt. They’d immerse themselves in the country’s practices and customs for a time, before returning home to share what they’d seen, tasted and discovered. After all, what underpins so much of the social existence of humans but the need to tell and hear stories.

Travel should not be for the spirituality of standing at a place, you should become a part of that place for a time.

As I get older, focusing more on what matters is better than chasing “well known” ideas. We’re all surrounded by real stuff, and connecting to it has to be the most important thing we can do in this simple (and limited) time we have.  And, as we’re about to embark on one of the most consumeristic days of the year (an Apple unveiling), I wonder how many are asking what types of real experiences will come from my eventual purchase of a high-priced thing.