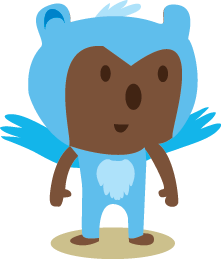 One of the bigger trends of the social web space has to be the ability to “filter” the stream of data. We’re getting too much data from services like Twitter and Facebook to get meaningful use out of it.

I’ll give you an example of this problem. You’re away from Twitter for a few hours and you come back to using your favorite application to read tweets. You find that the movie star you follow has decided to “live-tweet” his experiences at the newest award show he/she is attending. This is great, but it produces upwards of 30 tweets in a very short timeframe – stuck in-between those tweets is one from your best friend mentioning that they’re taking a road trip to the cottage. What can happen in the process is the tweet you might want to see could get lost in the noise.

Update: It’s sad news, but Brizzly is going to be shut down at the end of March 2012. If you’re a Brizzly user, it’s time to look for a new Twitter client.

Enter a new Twitter client called Brizzly – the thing that sets this (currently invite-only) twitter client apart from others is it’s intent on filtering information from the Twitter stream. The enhancements over that of the current level of noise you see are significant because of this. Let me show you some of the nicer features.

This is probably the biggest feature – something that will come soon in Twitter’s “lists”, and something I’ve seen in an Adobe Air twitter client. The ability to place various users in your following list into a group and only see tweets from those users is an incredibly powerful way to control the level of noise. One of the most common ways this can happen is creating a “personal” list of your close friends.

You probably noticed another button in the above picture – that is the “mute” option. This allows you to stop the incoming feeds of a Twitter user you chose. This will clean your stream of that user’s tweets. This feature looks to be improved by the ability to mute a user’s tweets for a duration of time. To turn off the mute, you just need to click a button.

I wasn’t immediately looking for this when I started using Brizzy – but when I noticed it I found it to be a nice way to tell what tweets I haven’t read yet. When you have unread tweets (from the last time you refreshed in Brizzy), the user’s avatar is highlighted with a yellow box around it. This can save you quite some time as you peck through your tweet stream looking for the last one you read.

Expanding URLS/Content
After you see this feature in action a few times – you’ll surely agree that content expansion is one of the better ways to speed up the reading of information. Twitter often suffers from the 140 character limitation when users post messages. Seeing something like “this is cool – http://bit.ly/dkfj4” can really slow you down if you’re in a place you can’t see the content or on a mobile phone that may or may not be able to view that information. Brizzly handles much of this work for you – you get to see the full links of pages (in the example I show you – I can see that the bit.ly link is actually pointing to the torstar.com page). When pictures or videos are linked – Brizzly will expand those and allow you to view it online. having this content expansion is much more pleasing to the eye and I find speeds up the process of viewing tweets considerably. 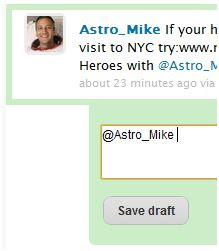 Many of the better twitter clients offer features that make the process of tweeting easier. Brizzly is no different. Brizzly allows you to reply and retweet inline just under the tweet you’re replying too (this is great when you end up forgetting the original tweet you were replying to after walking away). Brizzly also offers a draft system giving you the chance to fine-tune those 140 characters the way you need. Also in Brizzly are pretty nice controls around users , following them and seeing verified information. Clicking on the user’s avatar in their information page also gets you the often sought after “full size” avatar. Brizzly also includes picture integration and built-in url shortening and surely more I haven’t come across as I have tested this application.

I think you’ll find Brizzly a major step in the right direction as more application take the Twitter stream and create an experience. If your are a big user of the Twitter.com web page – you will be absolutely blown away by how different Twitter can be when you enhance it with filters. One note also, Brizzly does not seem to include the ability to word shorten tool in the version I tested. This software is currently invite-only and I have a few left.

Update: On March 1, 2012, Brizzly wound up operations and closed.