You may have read my previous post on Ubertwitter’s new beta version for the Blackberry. Well, Ubertwitter was nice enough to get me a newer version of this application (that will be released in early January). Here is another look at what this application is all about and some of the new-newer features.

New Interface – The new interface is now configurable (in the options) to act like the previous “Bar” or to use the new “Bubble” type of screen. They seem to have modified the background color, but this may be a trick of the eye. I like how the text and the bubbles look – it makes reading tweets more appealing: 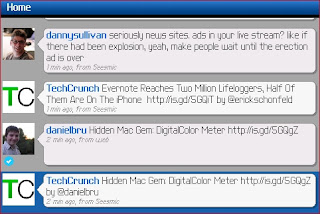 The top toolbar or “Über Bar” – This has undergone some stark visual changes, you’ll see that the “Home”, “@Replies” and “Direct Messages” links along the top have all turned into icons that better use the space. I’m not sure what the third icon is supposed to look like though – i wonder how that represents a “Direct Message”. This version does not seem to have the ability to rename entries on the “Über Bar” yet. A great improvement and a valuable addition to Ubertwitter: 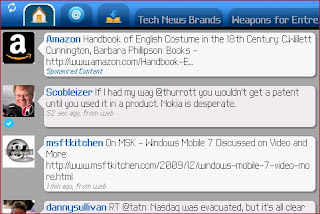 Lists – The support for lists is pretty-much the same as was in the previous version I looked at. The feature itself is huge and the main reason you NEED to upgrade Ubertwitter if you use it. Here’s a look at how Ubertwitter represents a user’s lists: 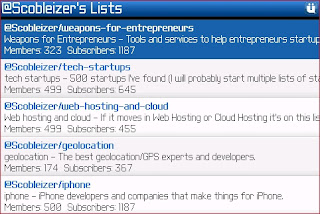 PickLists! – I have asked for this one for some time and they have finally added the feature. When typing a tweet and your looking for a user you follow, just type the @ symbol and start with a character or two if their Twitter name and you’ll find them quickly. A welcome feature! 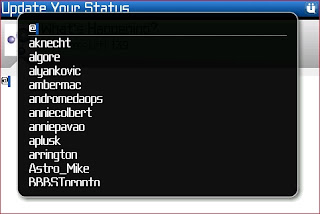 Find People – It’s worth mentioning that in my last post, this feature was probably working, but Twitter had it turned off. I think this feature is very one of the more useful additions to Ubertwitter. Here’s a look at what happens when I search for calwell: 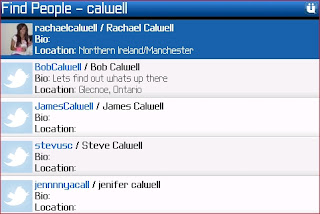 Advertising – This was going to be a part of Ubertwitter, I knew it was coming. how they have updated this is what’s most interesting, however. Ads are represented by the old style of  banners along the top, like this: 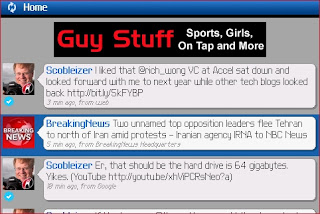 … but also, ads are represented as inline tweets – not entirely apparent until you read the byline under the tweet mentioning “ads by”. You’ll find these special tweets can’t be replied too or even re-tweeted. Something else interesting: when clicking on an inline AD, you use the internal blackberry browser and you have no choice to use another browser (if installed). Here’s a look at an inline AD (top): 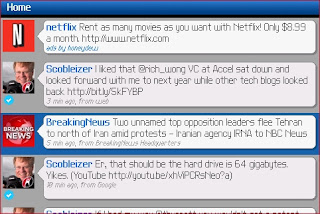 Avatars  – I’m not sure when this feature came along – but to be able to see a user’s avatar in full, gloriaus, higher res is something I’ve been looking for. This is a great way to actually see what that avatar really looks like: 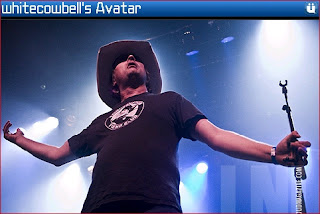 Editing My Profile – This is also possible now, another great feature sure to be used often: 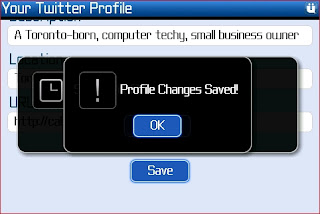 ReTweets  – I don’t see an actual implementation of the new Twitter-Esque ReTweet feature – I do see the use of the newly minted ReTweet icon, seen just below the tweet at the top of my stream: 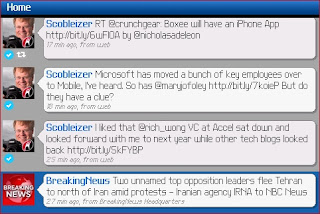 Account Support – These days, it’s becoming more and more commons for folks to have more than one account. Ubertwitter now supports the addition and use of multiple Twitter accounts – I won’t get to test this one out, but I’m sure it’s one feature many are looking forward too.: 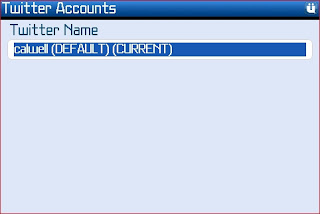 I should have placed this in my previous blog – but this is the version I’m testing right now. Here are more details: 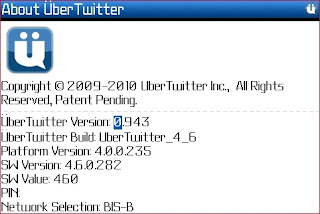 Other great features here include a URL shortener, Tweet shortener, and integration into picture services.

Some of the stuff I would like to see in the future include:
– An indicator of weather the user you’re viewing is following you
– An improved method of emailing tweets, possibly a shortcut key to do this
– Full support of the Twitter ReTweet feature
– The ability to expand short urls (or at least indicate a domain)
– Improved inline picture handling, for example, pictures can be very pixelated and scrolling still sucks: 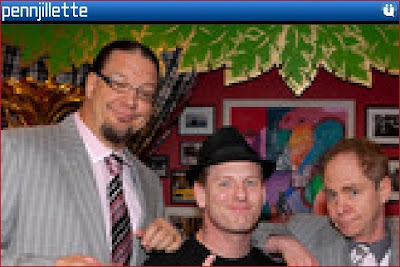 A great release, I look forward to the final in early January! If you have a Blackberry and you use Twitter – you really should take a look at Ubertwitter.