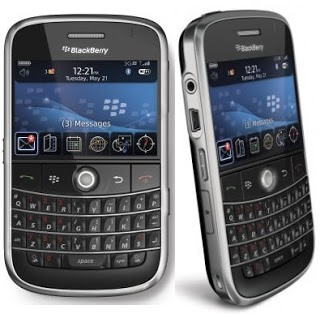 One of the most amazing things about technology is how easy it can make our everyday lives easier. This is apparent in everything from tablet computers to smart phones. But, one of the most under appreciated things I see every day with technology, is when all sorts of things are used in unconventional ways to make tasks easier.

One such task is the “Report”. Most IT consulting companies make reports about work they perform on a customer’s site – some make reports based on network health – and some just make notes on what they may have seen at a location. Over my years of writing reports for CWL, they have gone from being named “Activity Report”, “Service Log, and finally “Service Activity Report”. This is generally a necessary evil so the customer is informed of the kind of work that was performed – you might think of it as making sure the customer is aware of what they pay for. The problem with reports, is getting them finished in a timely manner, accurately and concisely.

The challenge was met in a number of ways over the years – anything from writing the report at a customer’s office while working there, to running a reporting tool while remotely connecting an internal server. All of these reporting methods lacked the ability to report on service in real-time – causing accuracy of the reports to suffer. Then, I got ahold of a Blackberry and had an idea.

At the time, it was kind of an epiphany – I would use the Blackberry to create and send an email to a reports@ email address (I created a reports@mydomain.com). These reports were simply just the customer name and actions I took while at the customer’s location. The person handling the accounting could then simply log into the reports@ email account and attach these reports to an invoice.

This was great – I would use the blackberry to write reports in (somewhat) real-time as I performing the work. The report would be (in most cases) finished by the time I left the client. This wasn’t enough though – while looking for shortcut keys for the blackberry, I had another idea.

On the blackberry, there are a number of AutoText shortcut combinations you can use to expand a field while typing. One such popular shortcut is “mypin” which will translate into something like “pin:00900000”. Other shortcuts would help me attach more valuable details to reports. I would use the “LD” shortcut to start a report and use “LT” to start a line of a report. The typical report would look like this:

That simple addition would allow me to expand on timing information as well as adding multiple dates of work to a report. When I decided to write it in reverse chronology, I was able to solve the problem of constant scrolling inside of a the message. If you have a long report – it can be a real pain tying to constantly save that. With that – had a way to make real-time reports, and have them done when I left the client. Great, but still not exactly where I wanted to be.

Often, I would make a report anticipating more work on a another day; when the day came I either created a new report or forgot about the previous report. This would lead to the possible loss of a report because the blackberry doesn’t keep drafts on top it’s message list. If I wasn’t keeping track, these messages would be buried and potentially lost forever. I needed to find a better, and safer way to report – after some thought – I came up with the calendar.

Using the Blackberry calendar with the Google sync utility I was already synchronizing reports with the Google’s Apps. I decided to add calendar entries for upcoming customer work (planning) and then turning the calendar entry into “Report: Customer Name” when I started to do the work. The best part was that Blackberry shortcuts work when you’re typing in the notes of a calendar. Perfect, no reports would be lost this way since Accounting can just search on Google for “Report:” in the calendar app.

This is where I am now with Blackberry technology and reports – the Blackberry was certainly never intended to perform this type of work – but it has worked well in this unconventional way. This is the promise of technology – the power of a useful tool can be morphed into any sort of thing – limited only by what a user can imagine. What can you use the technology you have for? Do you run a consulting company? How do you write you’re reports?