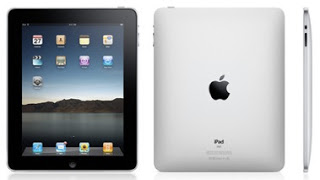 I have a read a few blogs about why others have sold or returned their iPads and I really thought I should add my perspective into this mix. The iPad is the uber-popular tablet computing device created by Apple and sold in the bazillions. I purchased an iPad sometime in April and kept it until very recently. At some point I realized, all I was doing was using a more convenient (and fairly expensive) means of consuming content. Something I was already doing, but the iPad made the experience better. That was just something I decided I didn’t need any more. Oh, and I wanted the money too.

I was getting good use out of it too, here are some of the things I was doing with the iPad:

1. Reading magazines/books – I was using the incredible Cloud Readers to transfer recently downloaded PDF’d magazines to the iPad. The magazines were transferable over WiFi and once stored on the iPad were readable offline.

2. Video – Using a combination of the Air Video server and client applications, I was watching great video content streamed on the fly from my server to the iPad.

3. Dropbox – using this native iPad application to view documents and files was great when moving files between my pc and the iPad

4. Web Browsing – While the poor support for Google Reader was a pain – and Safari is a horrible browser; some web-based experiences were an actual improvement. Gmail on the iPad is one very well done experience.

5. Showing Off – There were a bunch of little apps I would use to show off the iPad. Stuff like the AirVideo app, or using one of the really cool (referenced by a Scoble Video) DJ types of apps. There were always new apps to discover, install and show off to people.

If you look at the above list, do you see one thing that’s missing? If you said the CREATION of content, your right! I found that, as I used the iPad more and more, I was actually using it to consume more and more content. I was creating nothing. The iPad was becoming a replacement for my television, not my computer. I even wrote a blog on the iPad, and although it was a great experience, I didn’t find myself doing it again.

Here’s one simple thing I would do on my PC that is near impossible on the iPad:

Open a browser, open Google Reader and start reading the news. Find something interesting and open a new tab in my browser to edit my blog. I take that interesting news item and I write a blog about it. I may need to draw upon attachments to add images to links to the blog entry as well.

This is not a complicated process on a computer, but the above process is either impossible or completely painful on an iPad. Google Reader’s keyboard shortcuts are useless on the iPad. Google Blogger’s interface doesn’t even allow you to edit pages in WYSIWYG mode. I know these things may change in the future, but the barriers to actually creating content on the iPad are huge – because the device was always meant to consume.

Some other things I couldn’t really do and would have liked to: Open RAW DLSR Camera photos and process them, Edit HD Videos and upload them to YouTube or Editing Google Docs Files,

Don’t get me wrong – I’m not hating the iPad for what it is. I merely describe a point in time that gave me a realization that I didn’t need this anymore. If the iPad was going to become the kind of success it is today – it was going to have to excel at one simple thing. All the rest would have to take a back seat until the product was entrenched. Look at the promo video for the iPad – even look at Steve Jobs as he used in on stage during the iPad announcement. He was not creating anything – web browsing, keeping tabs on a baseball game, reading news, viewing pictures, playing games.

I should mention also, when I posted this iPad online I sold it quick. Not only was the iPad taken off my hands incredibly fast, there was a serious competition for the device. So much so, that I sold it for MORE than the price I had posted online. That’s the first time anything like that has happened to me.

Truth is though, I want to get another iPad, I think of how much more convenient it was to consume content and that makes me want to buy another one. Perhaps, in the future I will get another one.