Microsoft is a dominant player in two major software markets: Operating Systems (Windows) and Productivity Software (Office). This dominance, however, is being threatened on a number of fronts. Windows Vista was a major misstep for Microsoft and without Windows 7’s success, Mac and Linux derivatives would be gaining faster. With the changing market (resurgence of the Tablet), touch screens, and cloud computing – you can feel the prevailing interest in Windows slipping.

Another of Microsoft’s bread & butter applications is the Office System line of productivity applications. This suite of Office applications includes Word, Excel, and Outlook. Office System has been under constant attack by free alternatives like Google’s Apps (in the cloud) and free suites like OpenOffice. I have even made the case for a free Outlook 2010 last year, but as we all know – this hasn’t happened.

Microsoft needs to add two major features to these two products right now to reverse current trends. First, Windows profiles need to be re-fitted to a 100% cloud-based model. Second, the entire Office System package (or a previous version) needs to become free, and comply with the cloud model. I’ll explain both points in more detail. 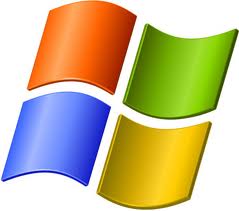 Local computing is old news, ergo, Windows is old news
Windows seems to be losing the war against other Operating Systems such as MacOS and Linux. Even worse, mobile devices such as smartphones are signalling a real shift. While Windows does still have a stranglehold over the market – the war of style is being lost to the likes of MacOS and Ubuntu. What would take Windows into the future, utilize the cloud, and bring style (back?) to the Windows name utilizes the best of Windows and brings Microsoft into the cloud, which, is exactly what they want.

First, let’s look at what holds Windows back amongst other current Operating Systems:
(1) The registry – This monstrosity is, and has always been, Microsoft’s albatross. The registry is an always open, always locked set of files that generally ensures the non-portability of all your favorites applications. In contrast, most other Operating Systems treat everything as a file, including configuration details. The registry has to go, or be transformed?
(2) Activation – Let’s face it, treating users that purchase licenses for applications as criminals is not good for business, not good for the customer, and severely hamstrings the process of migration. Activation needs to be more of an online component and less of a hardware dependent process. Let your applications be portable in Windows.
(3) Migration – I already wrote about this, but migration is barely serviceable in Windows. Compared to other Operating Systems, migration on Windows is wholly incomplete, at best.
(4) User Profiles – The culmination of what has become so wrong with Windows, the user profile is a bunch of non-portable files, a registry (the user component), and a dumping ground for massive user and temporary data. The newest user profiles in Windows 7 are completely non-portable (in the sense of how easy/difficult it has been in the past to move them).

What I suggest is taking all of the above problems and turning them into strengths on the platform. Microsoft needs to create a cloud-based system that hooks directly into profiles and synchronizes data, applications, settings and preferences with their cloud servers. This would be along the lines of what Apple currently offers in MobileMe – but a major step past that. If you’re not familiar with what MobileMe does, it’s an Apple subscription-based service that can sync and provide utility for user’s data, mobile phones and all sorts of other features. You can expect Apple will beef this service up in the future as it becomes a bigger part of the cloud. If they are smart, they create a unified profile sync.

Where do you find this done well? Look no further than Google Chrome’s sync.
That’s right, I have seen the future of cloud software interaction, that is Google Chrome’s built-in sync feature. It started off in the beginning as a bookmark sync service, but recently expanded to preferences and even extensions. Yes, extensions.

Here are how these the Chrome-like options may translate to a Windows environment:
Once you create an account based on your email address, you can choose to pass all your stored information to your new computer. These (or everything) can be chosen:
1. AutoFill – this may be all of your documents and a list of most recently opened files
2. Bookmarks – this would translate to your IE (or browser bookmarks)
3. Extensions – imagine, these are all of your installed application binaries, any information about activation is also stored here.
4. Preferences – all of your computer’s setting, policies and other information are stored here, yo can also include themes in this

I have to believe that the legions of Microsoft programmers can make this happen. I do think Microsoft needs a huge shake-up to bring the monster Windows Operating System into the future and on par with how computing devices are becoming more mobile. This would seriously position Windows as the Operating System of the future (over and above the meager MobileMe offering of Apple). 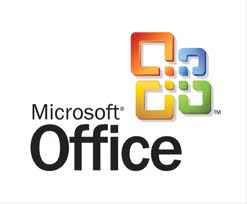 The desktop-based Office System needs a BIG change
The second of Microsoft’s cash cows is also one the downward spin. The Office System is a massive bloated pieces of software, that, by all accounts- no one really knows all of it’s features. The suite of applications has undergone all sorts of iterations and look changes but still hasn’t gotten some simple things consistent across applications – have you tried to set the default font in each of the suite’s applications?

Office is also headed down the path of failure thanks to being attacked by more agile and mobile products (Google’s Apps), cheaper products (OpenOffice), and even slimmer programs (AbiWord). If you are in the market for a word processor, chances are you’ll get everything you need from a FREE application, so why would you pay upwards of $400 for this? In the future you won’t.

Not only will Office be compatible with the above-mentioned Windows Cloud Sync service, it will seamlessly integrate with the web offering (if you decide to stay inside the web interface and edit your already synced documents. If you decide to use a local-based Mac or PC, your Windows Sync application will bring these applications to you at no extra cost.

How will Microsoft make money from this scenario? Expect this to be based on a storage model or a subscription model. The Office applications of the future will have no locally attached price tag. For most, these applications will all be free. Microsoft will also need to resist the urge to lock users in, preferring to be more open and release Linux versions of the Windows Sync client.

These are really the two biggest things Microsoft can do, nay, should do to position themselves in this rapidly changing market. In 5 years or less mobile devices will likely be the defacto standard and if Microsoft has no way of allowing a user to store, sync and edit a document via mobile phone on all the popular Operating Systems, expect a HUGE decline.