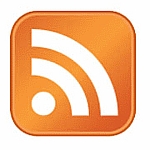 It’s not news that folks are bringing back the “Death of RSS” meme, in fact, this has been talked about many times in the past. However, much of the new talk is likely rooted at the demise of Bloglines. I have used the service in the past and stopped for the more useful and powerful Google Reader. One cannot deny that RSS feed reading is not a simple and easy technology, nor is Google Reader the best way to get at the news you need. Alternatives like Twitter and Facebook are really taking a bit out of this space. Besides trying to convince you that Google Reader is dead, I’ll explain thing that Google Reader needs to add.

1. TimeLine Centering – One of the things I find has to happen way to often is centering the items on screen to my eye level. So, once I get to the bottom of the timeline I use the down arrow or the PageDown key. One great feature would be the ability to move the items up based on a stationary line (something like the picture below). As I read, items move up.

2. Color Highlighting – Another HUGE help to the process of saving, managing and reading articles would be to allow users to highlight items in colors. This would allow us to mark items that are interesting or sip article as they pass through the timeline (if they had been read in another folder). This alone would make the process of using Google Reader much more appealing.

3. Folders in Starred Items – This seems more like a dream to me, but having so many articles starred makes it really difficult to get to the older ones and read them later. If Google Reader wanted to improve, they would allow us to sort our starred items into folders just the way we do with subscriptions.

4. Enhanced Home Screen – If there is anything that Flipboard has taught us, it’s that you can take an aggregate of items and make them look great. The Google Reader home screen sucks right now. This could really be improved by adding better graphics, aggregating from the source, highlighting the news sources, inline video maybe? The Google Reader play idea is on the right track, perhaps the two could be merged?

5. Filters, Filters, Filters – The searching in Google Reader sucks. Let’s face it, I on’y really use it when I have too because I can find other stuff faster using the straight-up Google search. For Google Reader to make this feature really amazing would be to allow me to filter items based on a topic (the folder filters are a start). Google Reader should also allow advanced filtering such as a “Search Folder” that shows only trailers for movies from all folders.

6. Promote Sharing Features – I’ve seen many a user complain about how Google Reader lacks sharing features, or that it lacks the ability to share items to friend, etc. One of the things many miss is that Google Readers framework for sharing is actually incredibly good. The things you can do with Google Reader’s “Send To” menu are incredible. If you see the picture below, I can create PDFs, share by email, send it to Read it Later or just make a Printer Friendly version of it. There are a number of other ingenious ways to share things too, such as sending an email to Ping.Fm , which would share the items with close to 50 social services.

This is not lame either, the above “Email Item (Full)” can be formatted to something really cool, check mine out. Truly amazing! Google should be getting the word out about this stuff!

Google needs to get of their arse and improve this great tool so we can all continued to see advanced features. Of every tool and application I have used to read news, Google Reader is my personal favorite (even over that of Twitter and Facebook) right now. It needs our support.