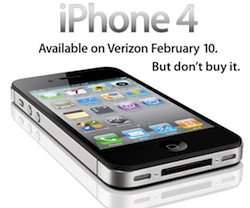 I had a conversation recently with a like-mind technical fellow.

What the iPhone does worse

1. The tethering to iTunes and walled gardens – The idea of closing off application’s data from each other is one that surely looks stupid on a technical level. Often, the most useful scenarios on a smartphone would be best served by letting applications work on data as it is captured. Imagine a picture is taken, you might use an app to enhance and crop it – then use another to add a border and then another to share the picture on the various services you use. The iPhone positively sucks at this. iTunes is also the single most horrible application written on any platform.

2. Cat and mouse jailbreaking – For all the controversy that is generated by the ideas of jailbreaking and rooting phones, one thing that Apple has always been is on the offensive against jailbreakers. Installing an application not approved in the iTunes App Market? You have to go through jailbreaking. Thankfully, that’s not too difficult, but there is a better way. Apps are portable and root is not required to install an application from an unapproved source on Android.

3. Fanboi-ism – There are style points involved with having an iPhone and the feel of the phone in your hand is great. These phones look beautiful. But, what sits on the other end of the phone is often the pseudo – “I’m a geek” – type of person who thinks having one of these devices has earned him/her some tech credibility. You surely can find an app to simply flip a coin on the iPhone, but can you find one to make you relevant?

4. Gmail Contacts – Are you kidding me? This is also unbelievable. Setting up a Gmail account gets you NO access to your Gmail contacts? Do you buy ice cream without a spoon? Do you get a car with only three wheels? Is iOS just not powerful enough to figure out the Gmail contact list? Amateur.

What Android does better

1. Control –  Simply put, the swiss army knife should also include the knife itself. On a rooted Android phone, run a terminal session and reboot the your phone from the command line. iPhone? Not.

2. Applications – While the iPhone platform has more apps and better apps, the Android market is simply a better place to find and get apps. You can find the application in the market, open it up on the web and send the command to install the application right from the web without ever turning on the phone. Apps are portable and easy to find. This is the way it should be. The App Store from Apple makes apps impossible to find, and even worse to browse. Have you ever gone down the list fo free apps on iPhone – opened an app for more details – and then went back? You go right to the beginning of the fucking list! This level of shittyness is pervasive on the iPhone.

3. Messaging – All of the functions that involve messages make sense on Android. On the iPhone, not so much. Take the Messages application, for example. Go back to last year to check out messages and then open a link someone sent you. Go Back. Bam! You go right to the beginning and have to scroll through everything again. Apple clearly doesn’t want you to read old messages. Ever. Compare that to Android, you get a count of all your messages, you don’t need to click buttons to see older messages (just scroll) and it works like it should.

4. Choice – This often works against a company – but when you want to take a platform more seriously  – you need to have more choices. Google seems to be following the Windows model when it comes to Android, which is great on a technical level, because this will allow the manufacturer to excel. HTC makes the better phone? Great. Samsung wants to compete and make a great phone? Great. Want choice with iOS? Not going to happen. You have one choice. One very arrogant manufacturer. This often makes updates and other manufacturer related perks move smoother and faster on the Android platform.

What Android should take from iPhone

2. Applications – Android needs to overtake the Apple App Store as the place to be for the best apps. This will happen, you can be sure of that.

The other guys
A non issue right now. Windows Phone and Blackberry. Both have had useful moments, but both have been left behind on many levels. I would not consider a Windows Phone device, nor would I purchase any of the Blackberries today (BBX or not).

So, what we need is an Android phone that has a keyboard and multi touch system that is un-laggy like the iPhone and to get developers to make the best apps on Android (Instagram, I’m looking at you). When that happens, the iPhone will be left to those that take it seriously, or at least act like it.