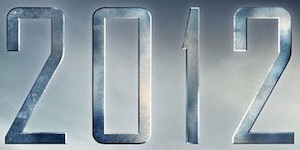 You might remember my predictions from last year. This is something I do as a fun aside, just to see how many things I can get right in the coming months. By no means do I have a magical ability to see the future, but I do get things right from time to time. So, sit back an take a look at last year first – I’ll go over what I got right, and what I got wrong. After that, I`ll move on to 2012 with a new set of predictions.

1. The iPad 2 will be released in April and prices of the original iPad (on places like Craigslist) will drop to half or more of what they were, the Apple Spin-Cycle continues. The Mac will make major inroads in market share. I will have a Mac before the year is out.
WRONG – I was close on the release date – it was actually March 31 in the U.S. The prices of iPad1’s did indeed drop, but perhaps not as dramatically as I would have thought. I did get a Mac in 2011 as a daily-use computer.

2. This year, the U.S. will catch up with Juian Assange, and it won’t be pretty. Expect all things Wikileaks to get stronger with more new types of services popping up like OpenLeaks. 2011 will be the year that one or two major state secrets are revealed that topple governments.
WRONG – Though the U.S. hasn’t caught him – he has been under house-arrest in Sweden for some time.

3. Microsoft will continue to stagnate and (1) admit failure with Windows 7 Phone and (2) later in the year start releasing bits and pieces of their radically different Windows 8. Expect at least the first beta of Windows 8 before the year ends. There will be a version of Windows built just for tablets (called Windows Slate?). There will be no tablet to show off at CES 2011.
RIGHT-ISH – I was right on every one of these counts. Two betas were released (leaked) and Windows 8 is going to carry on the tile-based look of Windows Phone 7. Microsoft did indeed admit failure on the Windows Phone 7 platform.

4. The “Cloud” buzzword will continue to push into the mainstream. By the end of the year, expect most people to have an idea of what you mean when you say “My data is in the Cloud”.
RIGHT – This is mostly true – though it’s clear that cloud computing is confusing to many Canadians.

5. By January 2012, there will be a new social media service that rivals Facebook and Twitter. Let’s just hope it’s not a one-word status update service.
RIGHT – It came long before January 1st – Google Plus is the new social network built around Google’s services. It has recently gained much attention (and reportedly 40 million users), but has recently stagnated.

6. Steroids will be implicated in more “rage” murders, and banned in more places, including being used as a euphemism for “exaggerated”.
RIGHT-ISH – I’m not sure there were any more steroid murders this year – but the term is most certainly still in use to describe “exaggerated”.

7. Facebook will release a number of new features (or changes), and most will be benign. One huge shift during the year for Facebook will be the introduction of a Music Streaming service (to rival Spotify) called Facebook Play.
RIGHT-ISH – Wow, so close. I was right about the changes, and the music service. But, instead of rivaling Spotify, Facebook decided to use the Spotify service and integrate it into it’s site.

It’s quite surprising how much of this I did get right. I don’t expect to see this much correct this time around so I’ll just take a moment to bask in the glow of my right-ness.

1. Windows 8 will be released in the fall of 2012 on track for the holiday season. Expect not allot of love for the metro interface by end users.

2. The world will NOT end on December 21, 2012. In related news, check to see of the Large Hadron Collider has destroyed the earth yet.

3. Google Plus will continue struggles while an open API is released.

7. NFC will struggle to hit mainstream due to a lack of device support (including Apple’s iPhone).

8. Barack Obama WILL be elected for a second term as the President of the United States

9. Research in Motion will suffer a major shakeup – either a serious loss of market share, a company-wide split or a takeover by another large technology company. Newly introduced phones will fail to inspire the coveted “Early Adopter”..

11. A Jobs-Less Apple will only release two major products (iPhone 5 and iPad 3) and both of them will simply be revisions. The phone will have a similar shell to the iPhone 4S and will finally feature support for T-Mobile (AWS).

12. The Toronto Maple Leafs will be in the playoffs losing in the second round. Toronto will be shocked that the Leafs made it that far.

13. The group Anonymous will be responsible for at least one major event during the year 2012.

14. 3D movie technology will be pushed into a niche market as more and more people backlash against the higher prices and lack of content to support the higher cost.

15. 2012 will be the rise of a new market (much like the iPad created the tablet market). This year, expect to see larger than netbook, smaller than notebook computers called ultrabooks become popular.

Think I’m right? Wrong? Check back next year to see how I fared.