When the Interface for Windows 8 was announced, I was a little surprised at first. Was this new phone-looking interface going to work very well with existing Business PCs? Was this new interface going to be removable? What kind of subsystem would Metro be running under? Well, as previews of Windows 8 continued to roll out – it became clear that metro was going to be forced into the next version of Windows and that there may (possibly?) be a way to disable the interface. Join me as a I take a closer look at Metro and the ramifications for IT Departments all over.

So, if you are new to Metro, Microsoft released this “design language” initially for the Windows Phone 7 and generally took to expanding it into other products across it’s product line. You notice design concept by the use of tiles that contain large fonts and active content (for example, changing weather information).  These tiles usually stretch across the screen past the display surface and are well-suited for a touch interface.


The main conceit of this new interface is that, when Windows 8 starts, you see a full-screen tiled interface rather than the same desktop that has been with Windows since, well DOSSHELL. What is also taken out of the mix is the venerable Start Menu. Given that, the entire use of the Windows Button on your keyboard has been reassigned to controlling the new Metro interface. To some degree, many will get lost in this new use for the Windows Button (if recent betas are any indication).

Metro Applications are where?
One of the first things I set out to do was to find where these new Metro applications would be stored. Since the installation process for Metro apps is is going to be controlled by way of the Microsoft Store (without the ability to side-load? Seriously, I doubt that restriction will last long Microsoft). When I went looking for the apps I found them located here on the disk:

This is a hidden folder only accessible to the Administrator and SYSTEM plus a few other basic accounts. You may also ask: “Microsoft, why in the heck are you placing a folder named Applications under a folder named Program Files?”. That’s a great question. I can’t really see a reason for that besides some sort of forced compatibility (and to keep things under Program Files). But, wouldn’t “Metro” or “MetroApps” be a better name for a folder like this?

What’s a Metro Application made of?
I’ll answer this one from a non-developer perspective. Since I’m not familiar with the development guidelines involved in building Metro apps – I can’t say (though I suspect HTML5), I can say more based on what files exist on the system.

Looking very lightweight, this application has a number of files scattered around – but the core of it seems like your typical web application running Javascript. There do appear to be some standard names in this mix – AppxBlockMap.xml and AppXManifiest.xml appear to describe the application itself. The “microsoft.system.package.metadata” folder appears to include binary files of some sort.

This type of Metro application relies on an executable (.exe) for running some (or all?) parts of it’s process. When running, I would expect the .exe is the process hat loads, just like any other Windows application. This makes me wonder if the entire Metro subsystem is either interpreted (a la Visual Basic) r code that is forced to run through the Internet Explorer sub processes?

As far as running Metro apps directly – I did not see a way to launch them outside of the Metro interface itself. I would expect a possible command line process or a way to load the required system components around a Metro app to test it.

Notice too, there are no DLLs. I did not see one DLL files in any of the Metro folders. It’s clear Microsoft wishes to move away, far away from that.

Yes, there is a way to disable the metro interface and bring back the Start Menu. Take note, this is current for a beta version of Windows 8 and may change. Here’s what you’ll need to do disable Metro and get the Start Menu back:

1. Open the registry editor and find this key: 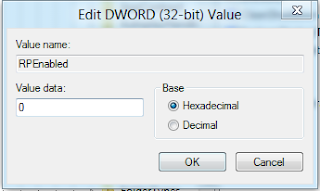 The change will take effect immediately and you’ll get the Start Menu back. The Windows Button behavior of switching to Metro is still there, however, so it’s not all switched back.

Update: In newer builds of Windows 8 (8250+), this registry setting appears to have been removed.

What about Metro itself?

This is a tricky question. I don’t like it or what it represents right now. Metro is really the touchfication of Windows 8 and when placed on a desktop business, mouse-enabled PC, it really has no place. I don’t see why the “Tablet PC Edition” of Windows didn’t become this and more energy was placed into making something else awesome happen in the Professional version of Windows 8. If this were unleashed on the population today, 100% of the machines in use would disable as much of this Metro interface as possible.

let’s not forget the dumbing down of the machines too. Imagine, if you will, a Windows 8 user that never drops back to the desktop, that never uses the Windows base shell and never uses a desktop application. Consider the waste of drive and machine to maintain all of that extraneous stuff, for what? Are we to think the user (who gets endlessly confused when presented with a Remote Desktop [RDP] shell as well as their own) is going to be able to tell what’s Metro or not? Unlikely.

I found in a few cases when using a Desktop application, switching to Metro with the Windows Button doesn’t take you back to the the desktop application that you were taken away from. This also seems to be a potential point of confusion for users.

As one of the central compelling selling points for this new version of Windows, it does make sense to force it on people. Really, if you put it out there and no one uses it, then you take away one of the reasons why people upgraded in the first place. And, let’s face it, the reasons to upgrade this time around seem very thin (perhaps we’ll see more with newer betas). I look forward to seeing what else Microsoft has up their sleeves.