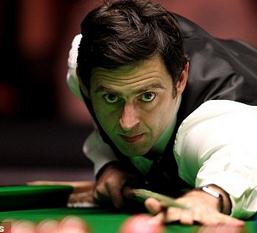 Recently I saw a movie that inspired much of this post. That movie is merely titled ↬Happy. In this documentary, the director takes us on a path of discovery looking for what makes people happy. I was pleasantly pleased at how this movie went all over the world looking for answers to that simple idea – but it even highlighted something I had thought about in the past too. There is this thing that I think is a secret to being successful and creating longevity for us and what we do – and finally the movie Happy give it a name.

>Now, much of the movie talks about the ideas around “Positive Psychology“, which is cool. I don’t really have much of an opinion either way about this field of research, though I do find it interesting and fascinating the study of what makes people happy. I’ve had many conversations with others about the idea of happiness and what kind of stuff that can get us on a successful path – especially for those looking to be consultants or work for themselves.

Yes, that’s a bit far-reaching, but therein is that “secret” I was talking about. I had known all along what it was, but I don’t think I could ever articulate it. I had thought about the idea of playing allot or being in a kind of “zone” when we work on things. But, it all came together when in the movie Happy, they described this as flow. Here’s a definition I pulled from Wikipedia:

“These states [flow] are experienced when there is a positive match between a person’s strength and the task they are doing, i.e. when they feel confident that they can accomplish the tasks they face.”

Now, before I explain how I think this is the secret to my own success – I wanted to look at a scenario I saw this morning in a local coffee shop. I was sitting next to a man (likely in his late twenties) and a woman (also appearing to be in her late twenties). at first I didn’t get what they were saying – I really didn’t want to eavesdrop. It was right in my face and I eventually saw that he was setting this woman up for some kind of muti-level marking thing (oh, I’ve seen that before). He described it as “Network Marketing” and said it was that way because it grows exponentially. I was fascinated that she would sit there any essentially hang on every word thinking this would bring her some kind of happiness. I thought “There is no way she knows what she’s in for, I need to help somehow”. Alas, I could do nothing and another person would take was probably seemed to them, the easy way to make it.

This is the nature of the secret, it’s packaged and sold as something different. Ideas and innovations are seen as things that come out of nowhere. I think in many ways, we’re taught that this stuff doesn’t need the work and, in the process, we miss out on that very thing that leads to our success. What amazing too, is that flow actually helps you be happier and live longer.

So, how does this flow thing work, you ask?  I think it’s best if I describe a situation that happened a few days ago. I was called to be a part of a meeting with a possible client and knew very little about the network, the client or even what the work was going to be. As I arrived and met the client I was beginning to focus on the things that were important and filter out what wasn’t. Starting off, there was very little and listening was a bit of a task, but as each new question came out and was answered, more of the puzzle pieces were put together. As I continued to listen and ask more targeted questions, the answers lead me to know more about the work, the job and even who the decision makers were in this scenario. As this meeting went on, I literally went from “out in left field” to “zoned in” by the end.

This is something I’m sure you can relate to one time or another. Remember that time you tried to put together the dresser from Ikea and after assembling and disassembling it a few times, you could probably picture where every piece needed to be (and what you repeatedly did wrong)? That coffee you had the other day with your best friend – remember how the back and forth had such a flow – how the two of you were both so tuned in and hours seemed to go by so fast? Have you ever started working on something or reading a book and the rest of the world disappeared?

This is all flow, and it’s a state we need to be putting ourselves in on a near constant basis. But, before you run out and find the most difficult book possible (brain surgery, anyone?), you need to first know some things.

1. This is not just a challenge – That’s right, it’s important you meet focus, success and work all in an appropriate measure. If you are too challenged, you may give up. If you’re super focused, but there is nothing challenging or interesting, you’ll move on. if you’re working harder than anyone in the room but having zero success, yes, you’ll probably find something else to do. Ensure that when you are in a flow, that it’s an appropriate challenge.

You know, I’ll be the first to say I don’t have all the answers – but this one makes allot of sense. I feel that if we’re to find our own purpose –  it will be doing what we do best while in the flow. Get out there, engage and take those little steps that get you into that zone. You’ll make yourself happier, give more to others and more than likely, live a longer and healthier life.


Talk to me! What did you think of this? I’m genuinely interested in your thoughts or questions about this idea. Describe a moment when you felt the flow.
Flow Focus Happiness Work
40