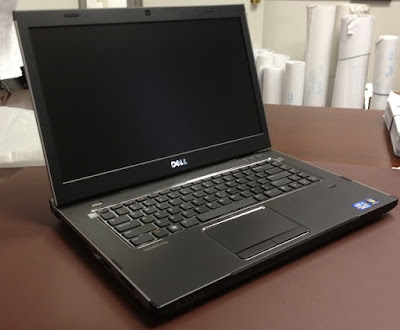 Much of the recent news I’ve heard about Dell involves what they aren’t selling anymore (like phones). But, what still sell are laptops and ultrabooks. I’ve really never been the biggest fan of Dell’s laptops, preferring to recommend either Toshiba or Lenovo offerings. Today, I’ve ordered a Vostro 3550 laptop and I’ll share my thoughts on that. 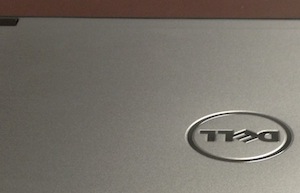 I really liked the sort metal finish that the laptop has on the outside of the case. It’s got a nice metallic feel to the top of which makes it feel more solid. Contrast that with a bit of a plastic-y feel with the keyboard. While this is definitely no ultrabook in terms of size, the metal finish kind of creates that impression of sleekness. That keyboard is huge too, but the windows key is unusually small for this much space. If you’re a user that likes lots of surface area to rest your palm, this machine is for you.

I noticed that this computer did not include a means of creating ISO images of CDs or even any sort of burning program (I usually see Roxio included with Dell machines). It may seem that Dell sees the inclusion if basic burning capabilities in Windows 7 as a way for them to leave this out. Either way, this means that the ability to backup the install CDs has to come from an alternate application such as Infrarecorder.
Another interesting thing that likely would irk the typical user was the noise of the optical drive. When I inserted the disk to read the included Trend Micro Anti Virus disc, the drive was making all sorts of interesting reading noises. Was this because of the layout of a disc they never expected you to read, or was there some sort fo defect with the drive? Looking closer at the drive itself, it seemed fine. Take a look at a video I grabbed while the drive was reading:

Something odd too, the flap on the back of the CDs seems smaller than I’ve seen in the past. Is this a cost cutting thing or just some sort of random change?  The crazy thing is that it makes opening the sleeves an exercise in destruction. I almost made one completely unusable. That’s really just an an annoyance. 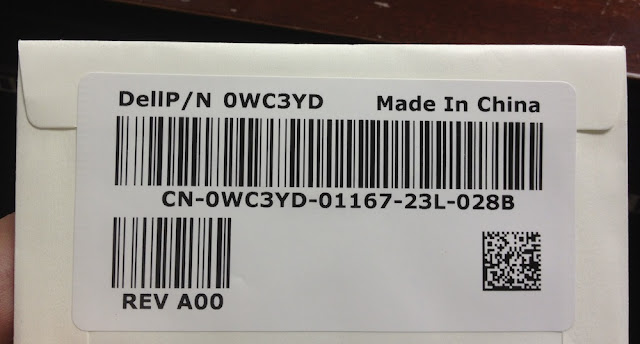 Speaking of annoyances, The usual shovel-ware suspects are here too. Bing Bar and Trend Micro Anti- Virus. Dell really gives you no way to opt out of this stuff. The first order of business is usually to remove this software and carry on. Interestingly absent is Adobe’s Acrobat Reader software which I kind expect on most machines.

This laptop, like others that I’ve seen from Dell, didn’t do much to impress me with speed. The overall feel of the machine is sluggish at best, and downright slow at worst. I expect more from the base install of a new laptop from any manufacturer. Perhaps this is just a perception thing, but other – older – laptops appear faster. With a 5.7 rating, I think the feeling of this machine should be more snappy.

The screen is big and bright too, if you use this computer to watch movies, you should be happy with how the screen looks for that. Here are a few pictures of the ports on each side of the computer.

Final Thoughts
So, the Vostro 3550 is one massively huge laptop – probably something we’ll see less and less of of from Dell – but you never know. If big is what you’re after, this should do it for you – but don’t go looking for super speed from this. If you have a 3550 I’d love to hear from you. How do you find it? Have you had any issues?