Google I/O is usually the place Google announces some big things. In the past it’s been Nexus devices, and today there is a strong rumor that some sort of tablet will come today from Google. The event tarted a bit late, but the announcements were launched into right away – so let’s take a look.

Jelly Bean – Released Mid-July
The latest and greatest version of Android is finally announced. Some of the biggest features announced:
– Improved keyboard (they need to make this better)
– Offline Voice Typing, although you still need to be super clear when you speak.
– Better Accessibility
– Photos has been improved (in line with what you might see on iOS 5)
– Android Beam is introduced
– The notifications screen has been greatly improved. It’s much more interactive than previous versions. This is better than I’ve seen on any phone so far.
– Google Search has been vastly improved – it includes some basic cards. Voice Search is very much like Siri – although still seems to need you to speak clearly. A feature called Google Now gives you relevant information based on various information, transit, and traffic information. This is a slick feature, let’s hope for Canadian support on that one.

Google Play – 600,000 apps and games available
– Developer Improvements
– App Encryption, Paid apps in Play are encrypted with a key
– Smart App Updates, only the changed parts of apk are downloaded. It’s automatic and supported on Gingerbread and above
– Google Cloud Messaging – which is free and has no limits
– Movies can now be purchased. TV episodes can also be rented. Magazines can be subscribed to on Google Play. 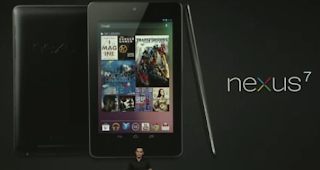 This is definitely targeted at the Amazon Kindle. The Nexus 7 looks like it’s meant for reading and the magazine experience looks impressive (especially when interactive content is shown). The home screen contains widgets that recommends content to view. This will be the first device to ship with Chrome as the standard browser. A “Compass Mode” in Google Maps on the tablet looks great when inside supported locations. When attempting to buy the tablet from my location, there were server errors on Google’s Servers.. clearly they aren’t able to handle the load. I bought one right away!

Here’s a video about the tablet: 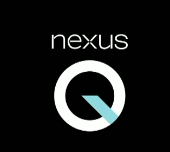 Nexus Q –  Cloud Media Player – $299 – Pre-Order today, Ship in July  (US Only)
– Plugs into speakers an TV at 1080p
– Uses phone or tablet to control the cloud (not the device)
– Dual-Band WiFi
– MicoUSB port (to encourage “general hackability”)
– Friends can add music and movies from their playlist and play it
– People in room all control output to TV

This is an Apple TV clone type of device. This may indicate that the Google TV project has failed?

Google Plus Additions
– New clients for the iPad and Android tablets
– New client app on Android smartphone (iPhone?)
– Google Events, a new service about events – and a party mode that adds pictures to the event automatically

Google Glass
A live demo of the new Google Glasses had a few sky divers wearing these new glasses and jumping onto the roof of the event complex. They were carrying a bag that had a pair of glasses in it.

All told, a successful event for Google. They have placed themselves into two markets (Apple TV, Kindle) and should be successful in this endeavour.