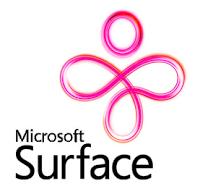 This seems nuts to me that a company of so many can do it, but it speaks of a trend I’ve been seeing with Microsoft’s products that culminated with the newly released Surface tablet (here’s what I thought). I’m simply just baffled by some of the choices that are made surrounding some of the products. It’s almost as if the world had run out of names and Microsoft was the first to find out. Let’s take a look at this mess on the eve of what is considered one of Microsoft’s biggest gambles.

Let’s start with what was recently announced. Microsoft Surface. That sounds familiar? It should, because Surface was the name of another product offered as a touch screen enabled table. This table touch screen was generally seen in stores, hotels and TV shows. The product was then renamed to PixelSense to make room for a new tablet, called Surface.

Confusing? A mess for those who own the table Surface product. A potential nightmare for developers if there is an actual “Surface API”. This is likely to improve over time as the tablet product is released. This may have a been a method Microsoft used protected the new tablet product from being known.

Is all of Microsoft on the same page? Not even close, check out these non-tablet Surface references on microsoft.com. Is correcting that a priority at all? 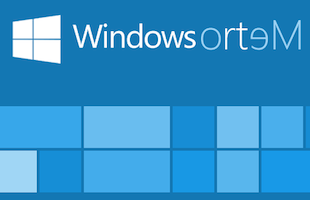 Then, there is Windows 8 development/OS confusion. This one is a double whammy (if you will). Two distinct products from Microsoft, one called Windows RT and one called WinRT. Do you know the difference? Does that techie guy across the hall know? We may never find out about the techie guy, but Windows RT is the moniker given to the Windows 8(+?) operating system running on ARM processors or WOA for short. WinRT, however, refers to the development environment for Windows 8’s Metro-style applications. WinRT is Windows Runtime Library shortened. Again confusion reigns in the Microsoft world. Just wait until we get Office Home & Student 2013 RT.

Confusing? You bet. This is going to be one of those cases where Windows RT and WinRT will be blurted out incessantly by trade show attendees and presenters alike and treated like the same thing depending on what they’re trying to convey. I expect developers to not know if they are developing on Windows RT or WinRT. What about those poor saps still using Windows NT? That’s full-circle confusion.

Is all of Microsoft on the same page? I certainly hope so. As the source for any information  regarding the both of these, in a quick search of microsoft.com I found nothing to indicate that Microsoft is confused about either product.

An older example of this confusion is Windows Mobile Pocket PC. At the time, Microsoft went through countless names for it’s mobile product and briefly used that name. Now, we’re going to get Windows 8 and Windows 8 Phone. What’s the difference? Why do they look the same? Which one is cheaper? Why isn’t the phone version on the cheap tablet? Expect so many questions from confused users trying to understand why two things that looks the same have to be different.

Confusing? I think so – more for users who are trying to navigate the onslaught of products about to arrive this fall. Microsoft could have done better to differentiate these products before developing them  on the same path. Perhaps this is also a sign that both will hold the same code base?

This all seems very confounding to me. Microsoft is a company with some 92,000 employees worldwide, yet they can’t seem to come up with names and ideas that are confusing to the rest of us? I would even think a simple email to everyone in the company asking them to name something new would yield lots of really interesting, different and not confusing things. Heck, name the next version of your operating system Windows Bill Gates – at least we’ll be slightly less confused.

Is there a Microsoft product you’ve ever been confused about?