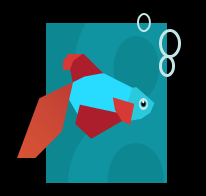 “Today’s Windows is almost absurdly configurable” – with that phrase, the recent Microsoft Windows Engineering blog gave me the answer I was looking for. This was the reason for the new “Metro” style interface, the active square tiles and the removal of the “Start” button in Windows 8. I encourage you to take a few moments and read the MSDN blog: Creating the Windows 8 user experience. And, though I often disagree with him, but Paul Thurrott makes a great point saying “Did Microsoft Just Give Up On Windows 8 For Businesses?“. So, what’s happening here? I think it’s clear that the main reason for these massive changes are because Windows is at war with itself. Windows is becoming more and more of a dichotomy as the release of version 8 gets closer. This will lead to longer release schedules and (possibly) more unhappy users than a room full of Vista licensees. But, what’s going on here?

Of course, there is the marketing “speak” that Microsoft is fond of. They describe the motivation of this new version of Windows this way –  “[Windows 8]’s goal in Windows 8 is to redefine people’s expectations of their PC“. Umm, does that even make any more sense than Windows 95’s “Where do you want to go?“. No, it doesn’t. What makes more sense is when you read a little closer.

“Going back to even the first public demonstrations of Windows 7, we worked hard on touch, but our approach to implementing touch as just an adjunct to existing Windows desktop software didn’t work very well.”


It’s certainly very easy to say the pre-Windows 8 operating system is a horrible touch-os. That’s because it is. It was never designed for that and will never really work on a tablet. What it is though, is a great and productive desktop operating system. To say Windows on the desktop has been a success understates how it has actually changed the industry as we know it. This is where Microsoft steps in and says, like it or lump it:

“But fundamentally, we believe in people and their ability to adapt and move forward. Throughout the history of computing, people have again and again adapted to new paradigms and interaction methods—even just when switching between different websites and apps and phones.”

That’s right. Microsoft is forcing Metro on us – and we should like it. The interesting effect pushing this interface on existing Windows users may not exactly go the way Microsoft wants it to. I can even see years of transitional pain for IT shops fighting with users who want a consistent interface with home and work PCs, but Metro is off the table in the Enterprise. You see, IT is often at war with the users and what they want (usually a working PC), now this battlefront will take a whole new complexion.

What should Microsoft have done? It seems to me, that Microsoft’s smartest move would have been to split the mobile (metro-based) version of the operating system off from the more useful desktop-based (non-metro) versions. This is what Apple does to great success and is unlikely to change (though parts of OSX are looking very iPad-like these days). It wouldn’t be at all surprising if Microsoft had early meetings about Windows’ strategy and were vehemently opposed to splitting Windows into two because they feared the “Windows 95” effect.

If you recall, back in the late 90’s Microsoft was straddled with two distinct operating systems based on different kernels. There was the DOS-based Windows 95/98/Me and the NT-Based Windows NT/2000. Microsoft had to support two lines of operating systems and the customer was generally confused as to which one was best for them. Microsoft absolutely cannot have a repeat of that fiasco, I’m sure they thought.

The question of businesses skipping Windows 8 because of Metro is kind of a mute point. Many business will be forced to take it at some point (because no other OS will be offered). I think the question that should be asked is “How many businesses will hate this new version of Windows?”. This hate could very will drive them to other alternatives. Those that can stay on Windows 7, probably will. Those that are going to be forced into using the Metro-style abomination that is Windows Server’s interface will likely be insulted by what Microsoft has forced on them.

But, splitting now would have been a smart move for Microsoft. Here’s why: If the tablet form factor fails to take off *again* for Microsoft, they won’t have destroyed other lines of business related to Windows’ desktop OS. It appears more and more that Microsoft’s all-or-nothing “Metro” change is a strategy that may well backfire if business turns it’s back on Windows more (all the way into OSX, Chrome OS or Linux perhaps?). It seems more and more that Microsoft is not only fighting competitors here, they seem intent on cannibalizing their most lucrative product line. Time will tell if this is the case.

What’s your take? Is Windows 8 a smart move by Microsoft? Will it be a success?