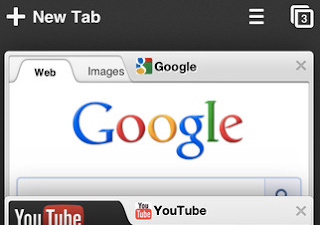 Oh, woe is the Internet. Today during Google I/O’s second day – Google’s Chrome Browser was announced for iOS. This would fall in line with Google Chrome on Chrome OS, Android, Windows and OS X. Some, have a real problem with Chrome on iOS, but there is a huge reason why Chrome on iOS is amazing news and makes Chrome one of the most useful browsers on all platforms now.

Sure, I get it. Chrome’s browser is stunted on iOS and it runs JavaScript slower. That really does stink from the outset – but, I do expect that to improve over time as Google (possibly) implements some way around this issue.

In the meantime, we’re left to use the other features of Chrome, which number in the many. Bookmark, syncing, history syncing, and incognito mode, are a few of these features. They’re all really great too – but I think the best thing Chrome for iOS gives iPhone users is the tab syncing feature. Let me show you how cool this is.

Say, for example, on a Mac I’m in Google Reader and I open a TechCrunch article about RIM’s recent Q3 results. 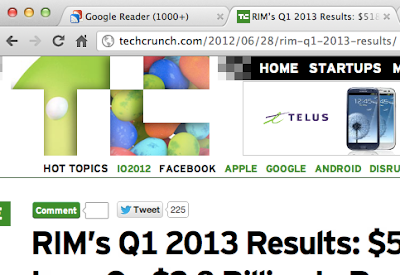 I’m reading it here – but I decide I want to let someone else read this page on my mobile device – my iPhone in this case – and so I launch Chrome and go to “Other Devices” and pick that tab that sits open on my computer. 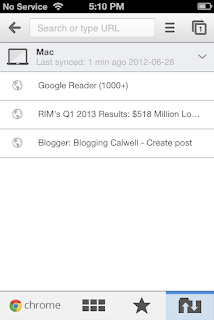 This will open the page on the iPhone and essentially let me see it on both devices without creating short links, typing in URLs o  any other stupidness. This is one hell of a powerful application to using the web – one I think will take on new forms as people start being able to use it. The idea of the Cloud enhancing web browsing is one that most don’t think of, at least not until something like this becomes commonplace. If you have an iOS device, you can get the free Google Chrome browser here. To make use of the features I’ve described, you’ll need to have a free Google account.