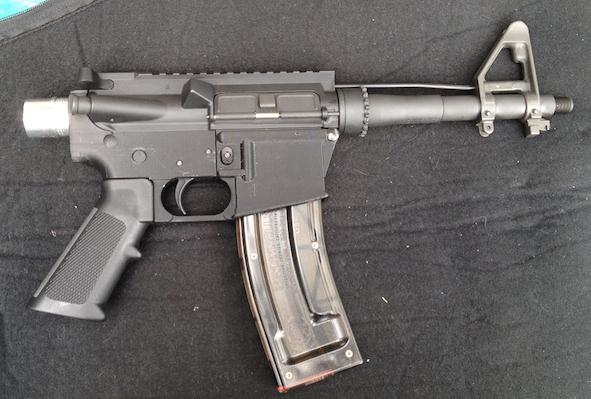 You really can’t go anywhere without hearing the bad news about gun violence. Recently, 12 (*) people were killed in a shooting rampage in Colorado at a movie showing. Locally, in Toronto, we’ve had our share of recent gun violence including a shooting in the Eaton Centre and at Scarborough house party. These horrible crimes are being committed with guns in what feels like increasing frequency. Parallel to this though, is a news story that a man has successfully created and fired a .22 pistol with a 3D Printer. The printer used was apparently created in the 1990’s, which is real test of enduring technology. Given that 3D printing is becoming cheaper and cheaper, and access to blueprints is apparently more readily available – it appears as though we’re on the cusp of a major technological shift.

Curious what 3D Printing is all about? Have a look at this short video that shows part of the process involved in creating a gun (much of this is outlined with pictures in a blog here).

3D Printing itself is not a new idea, but the ability to get printers and materials incredibly cheap will drive the adoption of printers that can create almost anything. Here’s how the creator of the above gun “HaveBlue” describes his costs:

“…I believe I paid about $100 for the spool of material this was printed from (closeout price), and I used perhaps a tihird(sp) to half of the spool. The cheaper (yet more finnicky) PA-747 based material used in RepRaps, Makerbots and the other low cost printers exploding onto the market would bring the cost down to perhaps $10 each worth of material. It will only get cheaper.”

Update: One such site, you can download all sorts of 3D designs at a site called ThingUniverse.
Also Interesting: A site called “Distributed Defense” was just started to work towards the goal of “a fully-printable gun comprised of near 100% printable parts”
More News: The Portabee 3D printer is a low-cost option selling for the price of $699 (or $480 unassembled). Also, popular crowd-funding website Kickstarter has become involved in a lawsuit over 3D printing. And finally, Staples in the U.S. has announced it’s intention to offer 3D printing services for it’s customers.

The implications for easily available and accessible 3D printing in everyone’s hands are incredibly interesting and far-reaching. Anyone could simply create a custom iPhone case with any pattern or design they wanted. People would be able to create car parts from blueprints to extend a vehicle long past it’s date of demise. Imagine a day that the “Cracker Jack” box only includes code required to print the toy. There may even be a day that 3D printers are as cheap and accessible as simple, everyday desktop printers. Material quality may well advance to the point where we could print body parts and advanced electronics. Certainly, the downside to this will be examples of people printing parts of weapons, but the upside is unimaginable.

The question is always “should we be afraid of these new technologies?”. The immediate reaction is yes. That we need to control access to this type of technology and it’s use for safe purposes (think of placing recognition in a printer’s firmware to detect use – like what’s done with many paper printers and money). As with all new and amazing technologies, there is a tendency to fear. We need to resist it. We’re really in the beginning of what people will be doing and creating with 3D printers, and like it or not, this technology is going to change much of what we think about creating things.

One telling comment in the forum where the above gun was unveiled had this to say about the idea of printing weapons:

“If we can spread this core technology to every kitchen tabletop, there will no longer be a meaningful way to restrict and infringe on the private civilian ownership of modern firearms.”

How do you feel about this?

*Post Edit: I published the number of people incorrectly at 14. New reports have said 12.
Update, Aug 2012: A couple of MIT students have created a portable 3D  printing solution with removable heads (like a printer). Take a look at the video of this device in action here.