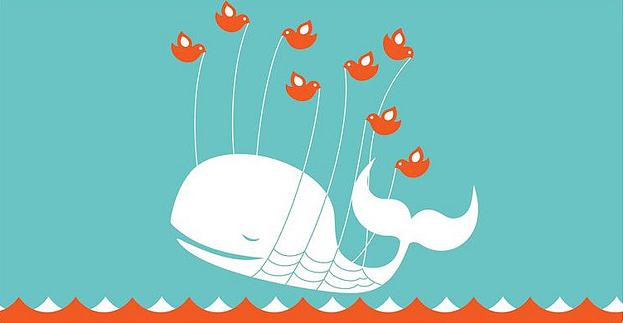 I just stumbled on this blog post (not using StumbleUpon, mind you) where the author posits that the future of email is Twitter. Well, a longer version of Twitter not limited to 140 characters. He or She of Virtual Pants goes on to say that no one wants to remember a fill email address and that an @username is much easier to remember. Since that blog doesn’t seem to offer a place to comment, I’ll do that here, thank you very much.

I take exception with much of this, naturally, because I think email is a great way to communicate. There are many who see the lustre of email fading, but this tool has stood the test of time and still endures. Some of the points made are interesting:

This is really the cornerstone of what Twitter is. I can’t see the utility of allowing much larger messages, but Twitter really becomes something not like Twitter when that happens. The author probably also realizes the direct messaging interface in Twitter sucks.

“…email addresses are too complicated anyways. You have to remember a username and domain and TLD. This doesn’t correlate well to real life. We typically remember people as “John Doe”, not “John Doe from 6th Street in Austin”. “

I found this one more amusing really. The trouble is, that email addresses are already folding somewhat under the weight of “name cruft” if you will. Now, if you want a Hotmail address and your name is John Smith, you’ll probably be called johnsmith23344243221133@hotmail.com. So, what’s a world where the domain is removed as a single point of uniqueness and John Smith wants an address? Ugly.

Even worse though, the idea of remembering a dave@hotmail.com in any way resembles a full address with zip or postal code is crazy. We can constantly change an evolve the email address we have – apart from just moving, no one controls what their address looks like. And, besides, we’re better at remembering names, not stuffy codes like M3E 2W3.

This one seems like a good suggestion, though I feel the function of hashtags work so much better as a discovery or grouping method. In terms of email, I can see a person placing a hashtag in a message, thus allowing the reader to discover publicly more about the subject of the tag. I can see it as more of an expansion of the URL, where the URL is a direct point of reference, the hashtag is more of a fuzzy link.

Lots of interesting ideas, for sure. I don’t agree with much of it, but I’ve been wrong before. There will be a point, I feel, where Twitter is going to become something different (likely as a way to actually make money) and that may be what email becomes, who knows.