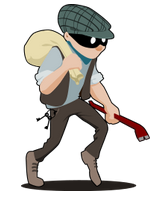 Today, I stumbled across a fascinating conversation on Facebook. This was on well-known disc jockey Dan Freeman’s profile as he discussed how disappointed he was that someone had modified and shared a picture he’d taken for his photography company name TDfoto (Facebook, Web) – without attributing  the source or giving him or TDfoto credit. Dan’s disappointment was evident when he decided to share (and post) this modified image and express his thoughts on sharing.

I thought, wow, this is interesting. What are Dan’s expectation of how the Internet works? Can people be protected from those who pilfer creations online?

The image in question was this picture. The person who posted it as her Facebook cover page may or may not have modified it to remove a small watermark that Dan uses to identify his pictures. After the changes, the picture was then apparently downloaded and simply posted as an image (with no link or re-share from a source).

I’ve posted the conversation between Dan and a number of folks at left. It’s a long drawn-out expression of thoughts from varied sources talking about ownership, privacy, and seemingly everything else in-between. It’s truly worth taking a look at in many regards. What’s more, it’s incredibly fascinating what people say when they have the floor.

One commenter says: “The Internet/FB is free domain”

That’s a terribly incorrect statement, but also a statement that holds a lot of truth. Wait, what? You see, the underlying issue that Dan has with folks sharing his work without credit is exemplified by that simple statement. Now, I’m no lawyer, so I won’t tell you what is (or isn’t) free in your particular jurisdiction. What I can do, however, is speak to my understanding of this thing we all use called the Internet.

My feeling is that we’re all still trying to learn how to use this thing. Many people are new to the size and scope of what makes up the Internet. Although it’s difficult to be accurate about it – some recent statistics say that there are more than 2.4 Billion Internet users and growing. That’s Billion with a “B”. So, when Dan places that image online, there are instantly a possible 2.4 Billion people that can see it, download it, print it, or create 3D models of one particular dancer (based on what the image shows). There is really little that can’t be done with that image once it is on the Internet.

The reality is that everything is a remix. None of us come to the table with ideas that are so purely new that some influence hasn’t touched. In many ways it seems like the world “wants” to continually  remix itself. After all, for those with many resources, one of the most important things we share with those that don’t have these kinds of resources is our ability to find  what works  (sometimes after a great deal of trial, error, and money). While we in the western world have ideas (and laws) that protect even the largest holder of rights – nothing can stop the need for humans to remix the world around them using what works. 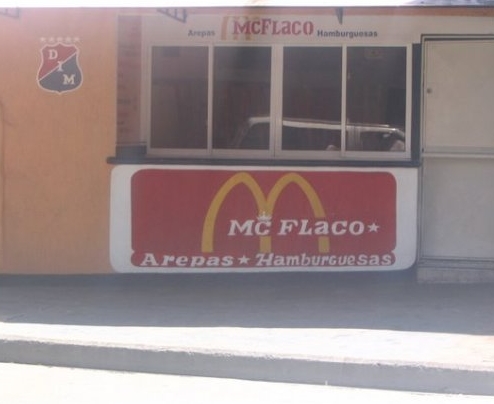 It is truly interesting (and scary to some) how the Internet has democratized the dissemination of ideas. We are no longer capable of thinking “small” about the information we put “out there”. I tend to say to people that we have two options:

This awareness don’t mean you don’t protect yourself – but sometimes you can’t. The world is a small place, Dan may be vacationing in Columbia and stumble across a life-sized blow up of that very dancer’s image promoting a taco stand. If I were him, I’d be flattered.