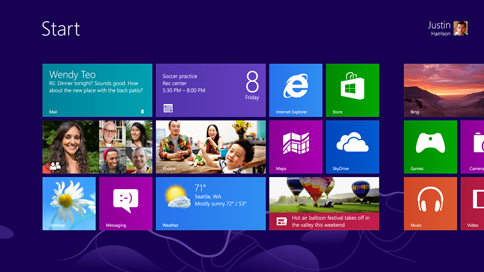 Ever since Windows 8 was released to the general public on October 26, 2012, we have been asked the big question about Windows 8:

Well, good reader, we’re here to dispense important advice on whether you should run out and get Windows 8 or if you should hold back and relax.

The short answer is: SKIP IT if you can.

Does it suck? Not nearly as much as you would think. About the biggest problem you’ll come across in Windows 8 is confusion. But, that’s a big enough reason to skip it anyway; who has the time to do Microsoft’s work for them? The new Metro tile-based interface is slick, but you’re going to want to have a touch screen to use it or it will become more of an annoyance. Many basic things in Windows 8 require more work than before.

Under the hood, you’ll find it boots faster and adds improvements over that of Windows 7, but none of that is compelling enough to suggest you should upgrade. In fact, many of these changes are so minor, you might be more angry that Microsoft didn’t just add them to the Windows 7 you already paid for. Generally, all the hardware that runs Windows 7, will run Windows 8.

And, finally, we say “if you can”, because you will eventually be forced to take Windows 8 in some not-to-distant future. Microsoft has created an ecosystem that essentially removes your choice through forced attrition. This environment forces manufacturers of Windows computers to prioritize the creation of drivers for platforms like Windows 8 and leaves those who wish to downgrade in the dust. Sadly, every day that passes will whittle away at your choice to stay with Windows 7.

Should you upgrade to Windows 8? No, skip it if you can.