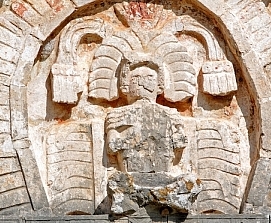 Here’s what I predicted last year (for 2012):You know, predictions are funny things. Funny in the eerie sense, and funny in the “ha ha” sense. It’s easy to be very wrong with what you see coming, and at the same time, wonder “what was I thinking?”.  The truth is, things in the technology world move incredibly fast – so it’s hard to tell what might be next.  Given that today has been referenced (by some) as the final day of our existence, I thought it would be perfect timing to look back and look forward. Do you ever wonder why the Mayans didn’t set a specific time of the day for the end? Well, without further delay, I have a new batch of oddball results and predictions for the coming year. That is, as long as we’re here to read them.

1. Windows 8 will be released in the fall of 2012 on track for the holiday season. Expect not allot of love for the metro interface by end users.
RIGHT: The official release of Windows 8 was October 26th, 2012. Even though the name changed on Metro to ‘Windows 8 Style App’, the lack of love for it is almost palpable. Even more than a distaste for the product – it seemed more and more like confusion would become Windows 8’s biggest enemy.

2. The world will NOT end on December 21, 2012. In related news, check to see of the Large Hadron Collider has destroyed the earth yet.
RIGHT: Since you’re still here, reading this, I think we’re OK.

3. Google Plus will continue struggles while an open API is released.
WRONG: No API was forthcoming, but in September of 2012, Google announced 400 million users with 100 million of them active. While not exactly Facebook numbers, Google+ is improving.

4. Google Wallet will be released in Canada in 2012.
WRONG: as many companies fight for payment systems in Canada, Google is nowhere to be found. Services like Square and Stripe started offering Canadian support in 2012.

7. NFC will struggle to hit mainstream due to a lack of device support (including Apple’s iPhone).
RIGHT: Apple’s iPhone 5 did not support an NFC standard, making this standard, and it’s adoption lagging behind other types of wireless communications. Apple’s support leans towards bar codes (in Passbook).

9. Research in Motion will suffer a major shakeup – either a serious loss of market share, a company-wide split or a takeover by another large technology company. Newly introduced phones will fail to inspire the coveted “Early Adopter”..
RIGHT: RIM’s delays with Blackberry OS 10 made it impossible to see what the market thought of the new system. RIM continued to support the setup they had and lose customers and market share for the better part of 2012, and a huge CEO shakeup at the CEO level in January.

10. Expect more celebrity Twitter scandals as they start moving away from tweeting and turn to more manageable and protected services like Facebook.
RIGHT: This was almost too easy to predict (with regards to celebrities), but also the move to more protected services is happening. One service with potential in this space is Whosay.

11. A Jobs-Less Apple will only release two major products (iPhone 5 and iPad 3) and both of them will simply be revisions. The phone will have a similar shell to the iPhone 4S and will finally feature support for T-Mobile (AWS).
WRONG: I would like to claim correctness on this one, but I was more wrong than right. Apple released two iPads in 2012 (the 3 and 4) and the iPhone 5. Ultimately, the iPhone 5 was released without AWS support, so I was WRONG on that one.

12. The Toronto Maple Leafs will be in the playoffs losing in the second round. Toronto will be shocked that the Leafs made it that far.
WRONG, WRONG, WRONG: Why do I bother? Even worse, a lockout in 2012 made me even more wrong (if that was possible).

13. The group Anonymous will be responsible for at least one major event during the year 2012.
RIGHT: The group claimed responsibility for a number of events including a big attack on GoDaddy’s server in September.

14. 3D movie technology will be pushed into a niche market as more and more people backlash against the higher prices and lack of content to support the higher cost.
TOSS-UP: This one was too close to call. With many films being redone for 3D, a number of studios seem to be seeing dollar signs with the technology. Still, a growing hate for 3D is still with us, with some directors who refuse to shoot in this format.

15. 2012 will be the rise of a new market (much like the iPad created the tablet market). This year, expect to see larger than netbook, smaller than notebook computers called ultrabooks become popular.
RIGHT: 2012 certainly saw it’s share of ultrabooks on the market. With the Macbook Air leading the trend to smaller and lighter, every single computer manufacturer released their own version of this type of machine. Much of this, however, was overshadowed by the surge of tablets.
My score for 2013: 9 RIGHT, 5 WRONG

And, Predictions for 2013?
1. As the products “Steve” has input on run out at Apple, they will coast on incremental updates or have their first product flop in 2013. In Sept 2013, The iPad Mini 2 will be released with a retina screen and an iPhone 5S will be release.

2. Google will make at least one of it’s major new sci-fi-ish technologies available to the public at a price (Glasses, Self Driving Car, or something else).

3. 2013 will be the year of draconian Internet rules/laws. Expect at least two big news stories about laws enacted that may cut off Internet access for hitting a site or downloading certain content. Drastic measures like filters or censorship will happen en masse.

4. A major security flaw will be exposed on one of the large free Webmail providers with a leak of thousands (if not millions) of mail accounts and mail data.

5. Windows 8 sales will be sluggish (by Microsoft’s standards) as the new operating system doesn’t catch on in an already saturated tablet market and alienates business users. Expect plans to create a Metro-less version of Windows to be known before the end of the year.

7. In 2013, the electric car will become more popular, but still not mainstream. More charging locations will make this an option for many.

8. 2013 will mark the popular introduction in North America of a new vehicle technology call Start/Stop.

9. Batteries will be revolutionized with a major advancement that more than doubles or triples conventional battery life.

10. 2013 will see the rise of a poor innovator. We’ve seen Brazil improve economically. Innovators in Africa have figured out how to run a generator on urine. Expect more of the same as developing countries start making technology advancements.

12. Apple will release a product that is a combination of a TV and iOS – the Apple TV product (similar to Google TV).

What do you think? Could you have done better? Do you have any guesses about what’s coming in 2013?