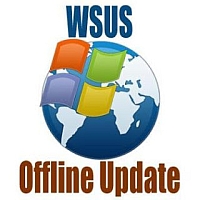 Don’t let the name fool you, WSUS Offline Update, is a tool that can be used for more that just interacting with Microsoft’s Windows Server Update Services (WSUS) tool. While it works fine as a WSUS client, you’ll also be able to use this tool to solve one of the more annoying (and time consuming) parts of a computer setup – the update phase. When hitting the wsusoffline.net site, you’ll see allot of German, but don’t let that throw you off, English is usually written under the German text. The application (as downloaded) is also in English . Without further delay, let’s look at automating windows updates.

The process of time-consuming updates is always worse when you first get a computer and need to install 150 or more updates (as you would with Windows XP). Using this tool, you can create a folder that has most of the updates for your chosen product, that will install in an automated fashion; And, the process is portable. So portable, in fact, that you can places the files anywhere on a system or storage medium and the process just runs – it’s probably the best on CD or USB flash disk, but it can be done over the network too. 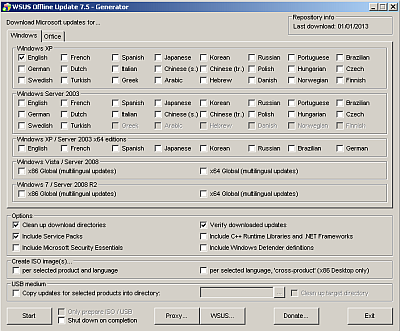 You simply download the newest version of WSUS Offline Update, unzip it somewhere and run UpdateGenerator.exe. You’ll see a large number of checkboxes and options; all of them having some sort of effect on the size and composition of the “client” folder. After running the process for Windows XP x86, the resulting “client” folder was more than 800 megabytes, so expect this process to take up a large amount of space if you add Office and other language downloads. 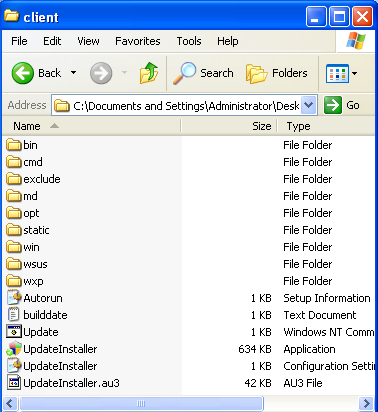 After finishing,  the downloaded updates, no matter where you placed the files, you’ll see a “client” folder that contains everything needed. In this folder are all binaries and update files that can run this stuff automated and even an autorun.inf file, should you choose to place all this on a USB or Disc. Everything starts with the UpdateInstaller.exe application. 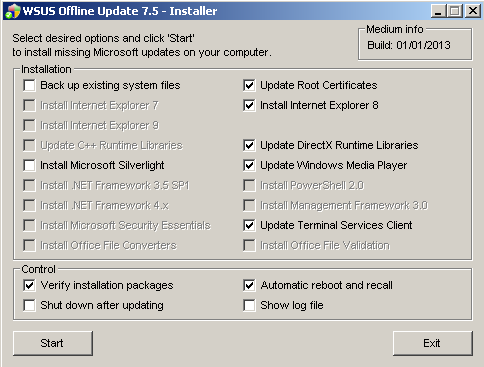 When running the UpdateInstaller application, you’re presented with a bunch of options hat can be chosen before starting the process. Certainty, many of these options are useful in terms of controlling the process, but being able to “Automatic reboot and recall” the process is the most useful switch to turn on. This will install all of the updates in a completely automated fashion.

Interestingly, the tool creates a temporary Administrator account that it reboots into for the purposes of installing updates. I like this tactic, because it rules out any sort of changes the default administrator account may have faced (or, in some cases, been disabled). There are a number of updates that won’t install – based on how I tested. Those include:

After setup, you’re dropped back to the original account (if it was set to auto-login, it will do so) or back to the default login screen in Windows. The temporary Administrator account will be removed, and you’ll be left with a system running the required updates.