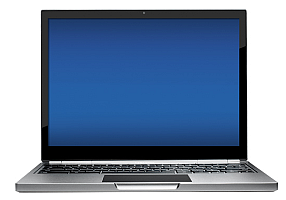 Recently Google has released a new laptop in the “Ultrabook” category using the Chromebook name. This new product, named Chromebook Pixel, is a new,  $1,299 [1] computer with very high pixel density and touch screen features (to name a few). One of the core differences between the Chromebook, and other laptops, is the use of a cloud-based operating system named Chrome OS. Because most (if not all) you do on this computer is likely in the cloud, they usually include small, fast hard drives, like a 32 GB solid-state drive in the case of the Pixel. I’ve previously looked at a Samsung Chromebook ($250 at the time), but the Pixel appears to be an odd bird. At a hefty price for what amounts to a general (but enhanced) web browser, can this device work?

The Chromebook, as an idea, is great. A small, lightweight computer that can do lots of things in the cloud. The battery life (for the Samsung) was mind-blowing. I would charge my Samsung Chromebook once at night and be able to use it all day while out and about. I didn’t even bother taking the power cable or looking at the power indicator. The official rating for battery life was 6.5 hours, and I found it every bit as impressive as it sounds. Computer to other laptops, battery life is a huge selling point.

Now, we have the Pixel. The odd inclusion of a touch screen on a laptop device that does not flip into a tablet position should raise some eyebrows; it’s not exactly relaxing to hold your arm in the air while browsing web pages. Then, there is the interesting omission of battery life details on various sites, including the Best Buy specifications page[1]. Why would they leave that out? It’s probably because the battery life sucks compared to other Chromebooks.

That’s certainly understandable when the Pixel has to drive this big, bright screen and an Intel Core i5 processor. But, this is what makes the Pixel so curious. Surely those willing to spend $1,299 on a laptop would demand that they’d be able to do enhanced this that would demand applications locally (like software development or IT administration). I’ve found the Chromebook is great as a writing tool or for handling basic documents, but going beyond that will require a more flexible operating system than Chrome OS. So, the curiosity is, where does the odd bird Chromebook Pixel fit in as a computer?

1: Not yet available in Canada, priced in U.S. currency
2. Could the changes be related to the use of a Celeron processor?
3. Reports are “up to” 5 hours of battery life