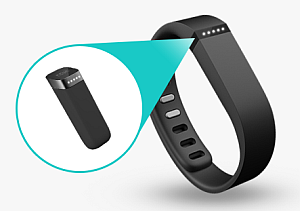 The allure of combining technology with the need to stay healthy and fit has kept engineers busy for decades. Over the years, I’ve seen very interesting products that purported to help us measure and gamify an active lifestyle. As technology has improved and sensors have become smaller and cheaper, we have all sorts of different things we can do. When I read more about the Fitbit Flex wristband, I knew this was something I had to try out. This or the Flex’s direct competitor, the Nike FuelBand.  Many questions lingered as I unboxed the product: Would it motivate me to be more active? Would it appear accurate? Would it measure things that were truly relevant? All this and more would be answered as I look at the Fitbit Flex.

The Flex falls into two big, emerging sectors of tech – devices we wear on our bodies and devices that use data from our actions (through sensors) to improve our knowledge of those actions. These ideas, wearable and context respectively,  are starting to attract a great deal of attention – from Google’s Glass to tracking pets with Whistle, the “Fitbit for dogs”. Apple is also rumoured to be developing a wearable device that might be a watch or media player. Not exactly like the FitBit, but emerging is the medical data collector like Scanadu Scout. I can see all of these tools following a similar path of convergence similar to how the media player and phones became a smartphone. 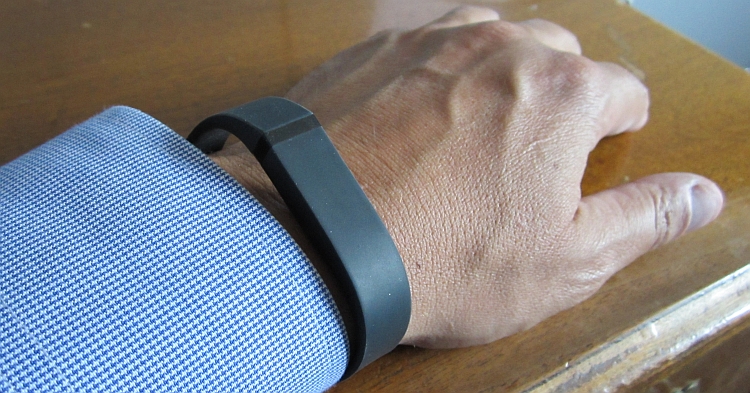 At first blush, the FitBit Flex is simply a rubber wristband (it looks a little like a “balance” bracelet),  with a small sensor tucked in near a cornered edge. When opening the package, the process is simply to charge the sensor, insert it into the rubber opening (from the underside of the bracelet) and then clip it onto your non-dominant wrist. The clip is a little difficult to get attached, but you’ll be glad because it holds quite well while worn. A set of LEDs shines through the front to give indications about all sorts of details and the front face appears to be either touch-sensitive or motion-sensitive, though when you do touch – there is no haptic feedback.

The battery is rated for about 5 days. I found its use to be quite reasonable; enough so, that I had forgotten about it altogether a couple of times. Finding out about your Flex’s remaining charge is quite easy too. Details can be found in the desktop software, the mobile application and even on FitBit’s web dashboard. What seemed more odd, though, is the Flex doesn’t let you check the battery life by way of the front LEDs.  Charging felt very quick when connected both to a USB port in a PC and in a USB charging port.

The challenge here, of course, is when to charge. If you are charging, data isn’t being recorded about activities. That rules out charging when you sleep, and probably in your most active times. I generally settled on charging during those times when I’m sitting in front of my computer working.

The entire idea of tracking with the Flex is good, but it could be better.  You’ll find that the direct tracking of steps is incredible. So good, that while your phone is connected to the Flex, you’ll see the number increasing in real-time. I can’t speak to the accuracy of how the Flex detects a step, but my own experience with this appeared on point. Doing more walking directly affected the number of steps shown in my dashboard.

When reaching a milestone, FitBit offers badges. The experience of hitting  10,000 steps involved the device vibrating and an email arriving to announce I had reached this step count. It’s all very cool if you’re looking to have fun while being active. 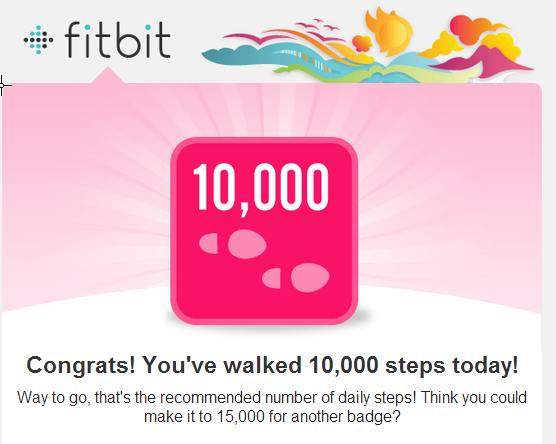 Beyond the use of Flex for tracking steps and tracking sleep, the utility of the device goes down fast. Other features include a weight tracker,  a calorie counter, an activity tracker, and a water tracker. None of these features act or measure information in automated ways (and that makes sense) – but because of relying on you to input the data, the usefulness is limited. The food tracker uses a database that includes a limited number of items (catered to the U.S.). The option to add a custom food item is fine but seems like a lot of work. The weight measurements you add seems to have no real effect other than to show you a graph. The activity tracker takes a simplistic look at how a limited number of activities in a database translate to calories burned. The same goes for water intake, which might improve it was to also include a water amount from the food you enter. All of this data really should translate into an accurate idea of whether you’re taking in more calories than you burn, and if that actually translates to weight gain (or loss). 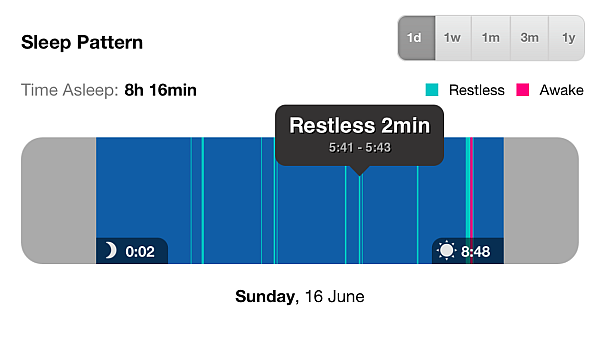 I do see potential in the idea if I were to diligently add information on all data points. Perhaps there are more calculations involved that I don’t see. The goals it offers are likely just basic starting points. 10,000 steps in one day is a lot of walking. FitBit also emails a great little weekly email that captures much of the data in one, clean email. It looks like this: 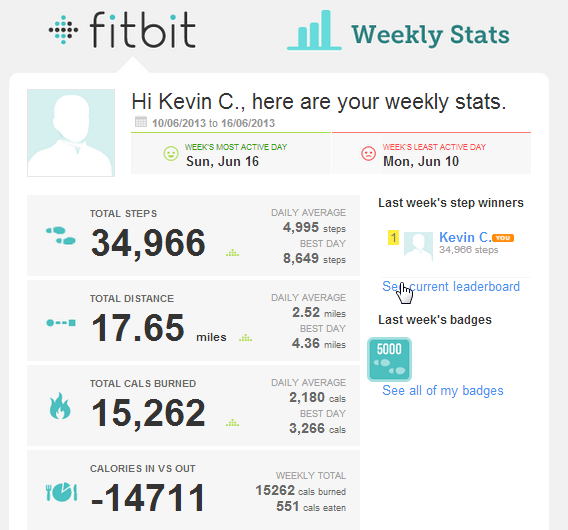 While I didn’t feel like the device motivated me to be more active, it certainly made the process of activity, more fun. It’s great to have a busy day of walking and look down at my phone to see how it reflects in added steps.

This makes me think that we’re primed for an “Uber” tracking device that we wear. This new kind of device will measure or Blood Pressure, Heart Rate, Steps, Body Fat, and all sorts of other sensor data – and automatically bring this into a very clear dashboard of health indicators. I do think we’ll see devices use information like elevated heart rate to accurately determine the number of calories we’re burning for any specific activity. Give the device access to a blood sample and it could include a host of other health indicators (not limited to) blood sugar.

This may, in fact, be something I see Apple making. They have a history of single-handedly creating markets. This could change the entire wearable technology landscape if done right.

The FitBit Flex Tracker supports Mac OS X, Windows on the desktop and Android and iOS on mobile devices. The FitBit syncs by way of USB Dongle, Bluetooth, or NFC. The current manual for the Flex is available here [PDF].