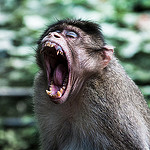 Yesterday I wanted to contact a colleague. I had already taken a picture of the job site and started off by sending him a text (SMS) message [1]. Very quickly I realized that he may not be able to receive a picture, and since he used a Blackberry without alternative chatting options, I was going to have to send this picture attached to an email with little context. As far as technology has taken us, the difficulty of simple everyday communication is surprisingly prevalent. Most users have so many choices, that having any sort of standardized communications service is impossible.

When you talk to a large number of people, you’ll have a few basic types of communication needs:

4. A one way, long-form that requires no response (but comments help) – typically blogging

It is in my third listed form that we have the most trouble. We seem to use it the most when a quick, short message needs to go out (and we want to hear back quickly). Its been around for as long  as we’ve had cell phones in the form of SMS messaging. Though, SMS works, it’s limited to an amount of characters and often has difficulty moving rich content. With the rise of “smartphones”, we’ve gotten all sorts of tools to fill this space. From Google’s Gtalk, to the cross-platform Whatsapp, to the very powerful Blackberry Messenger (BBM). What is consistent with this type of messaging, is knowing what kind of phone and application the other side has before sending that interesting picture.

That’s the problem, we have so many choices of tools and platforms – that we have little guarantee any of them are going to include what we need. With every new tool that pops up, it feels like the steam needed to solve this problem is just not there [3]. I want to see a tool and protocol exit to solve this problem and finally remove the choices, so we can communicate.

I’m more interested in an open protocol similar to that of SMS that allows for longer form text blocks, rich media such as images, video, audio and can provide some basic grouping and notification functions. There is some promise with the coming release of BBM on various new platforms. If Blackberry were bold enough [4] to release the BBM protocol open source and provide the tool on multiple mobile platforms; this tool has the potential to become the de facto standard for short, simple messaging , increase Blackberry’s profile and  finally solve a big communications challenge.

1. He refuses to use other services.
2. I very rarely use Facetime, and only with family members.
3. The “Install this app” hurdle is a big one for some people.
4. Yes, I make puns.