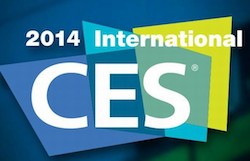 Generally considered the largest technology show, the Consumer  Electronics Show (CES) is about to descend on all of us in technology. If you’re looking for what’s next, or what might be coming far off into the future, CES is the place to be. Much will be said in the technology industry after the show is over  (and during announcements – right, Michael Bay?). Over the week, I’ll be bringing you more from the show, but for now – I’m going to look at what kinds of stuff I’m most looking forward to this year.

1. Nanotech – Technology related to protecting devices really made a big splash last year, but I haven’t heard much since. For something that seemed to have so much promise, I’m curious what we’ll see this year at CES.

2. Wearables – 2014 sure does seem like the breakout year for technology we wear. Google’s Glass will at the show, a pebble announcement, a possible Intel push, and all sorts of new technologies imminent; this should be very interesting.

3. Televisions – I’d expect something new every year in this category, but this year may be a standout. I look to see what’s new in 4K technology as well as Smart TVs. Smart TV is of particular interest because of how poorly many of the vendors have faired at balancing the need for smart tools with a basic interface.

4. Home Tech – 2013 has been a good year for “smart” home technology. The Nest thermostat and smoke alarms have had a distinct presence in the rush to bring more useful tech into homes (and consumers). There is also talk of appliances with various forms of utility. CES 2014 should be a good year in this category.

5. ChromeOS  – Operating Systems on non-mobile devices aren’t exactly picking up steam, with one exception. ChromeOS and Chromebooks in particular, are starting to gain traction with business users. I expect to see a lot of new devices with ChromeOS at this year’s CES.

6. Cars – Always of interest: Technology in cars tends to be unveiled at auto shows, but this year’s CES is expected to have Ford’s solar-powered hybrid called C-Max Energi on display. I’m looking forward to seeing what’s new in cars.

Naturally,, there will be all sorts of announcements and company-related items of interest as the show progresses. All goes well, I’ll be able to shed some more light on various points of interest I see. Stay tuned.