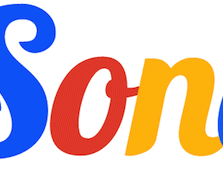 In a very unexpected move, Google has announced the purchase of streaming service Songza. For the time being, they appear to plan on keeping the service intact, though that will likely change in the future. They’ve even made an interesting Google version of the Songza logo.

Songza also has a blog mentioning the announcement, with a logo that looks very much like a Google logo.

Is any of this a good thing? The ability to create curated playlists is probably something Google wanted to add to its Play service, but I’m not sure what it is about Songza they wanted the most. I think there’s a great deal of value in the way Songza gives users simple choices to get to the music that meets their mood. Sure, it could be denser (and maybe with Google it will be), but it had become my go-to music listening tool in recent months. If Google meddles too much with this, I may lose that.

Songza is a free curated music listening service only available in Canada and the United States. The purchase value was not immediately known.