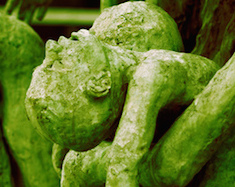 In any business, some form of competition is a way of life. Any company with clients will have to compete with the need for growth and profit, the difficulty in satisfying customers, and even internally. Over the years, however, I have learned that there are more dangerous threats to technology service companies than those mentioned. In an industry that moves so fast, and depends so much on the prevailing wind of customer choice – two challenges stand alone against the strength of a company: Disruption and Erosion. Let me explain.

In the world of technology services, prospective disruptors into any vertical you occupy are going to attempt insertion by a method that you’ll easily ignore. You’ll probably see it as a friendly offer, or a promise that they’ll not later compete directly. But, the genius of disruption is that you pass it off as a non-threat until too late. Whether you laugh it off or not is going to be dependant on if the disrupters can look small-time or amateur to you.

Soon, you’ll see that they not only directly intend to compete, but they will actively target the kind of customers your company has. If they succeed, they’ll have either gained access to your customers, injected themselves as sole decision-makers, or – in the ultimate goal for a disrupter – they will have taken all the customers in some sort of re-made fashion. The reality is, it’s not always who “does it better” (maybe they do), but, “who gets to do it”. A great example of an ongoing disruption is with Uber and its effect on the Taxi industry.

I find the biggest tip-off to serious attempts at disruption is a certain arrogance driving operations. Since they may know how to disrupt, but don’t know what they’re disrupting; you’ll have an advantage of knowing what really works and what doesn’t for clients. They wouldn’t be attempting the gambit if you didn’t. If you look closely (and are in contact), you’ll always see they never intend to operate cooperatively. No matter what they say. Actions, as they say, speak volumes.

It will be important to strengthen and solidify relationships with customers. If you can help it, never agree to operate in a way that compromises your approach. When appropriate, learn about what your company is doing wrong (or can do better) and fix it. You may not face disruption and succeed, but if you heed actions, and take no encroachments lightly, it can be done. This will make your company better at what it does.

Defined as “The gradual destruction or diminution of something.”, Erosion in technology services might be considered the process of slowly undermining an incumbent’s foothold at a client. This is best approached at a snail’s pace, and almost always relies on existing problems as a catalyst. What I’ve seen most often is a competitor comes into a client and offers an easy-going audit of the client’s system or a product not directly in competition. This new dialogue between them and the client serves to expose all the failings of the system while shining a light on your company’s failures.

Step by step, the new company becomes a more trusted entity, and the relationship begins to change. Once complete, your company will have been replaced for most functions or completely removed. The final blow will be when the client requests all information your company has accumulated about their systems[1]. You may or may not still have an ongoing dialogue, but the client will stop calling.

As the incumbent who might be exposed for many failings, you may well deserve to lose the client. But, if you are being successfully undermined by another company, you will lose the client. You noticed this kind of activity by a few over actions. First, your client will engage another company that is in direct competition to you. This may not a complete work overlap, but the potential for competition is why you should take this seriously. Your company’s stream of work will begin to thin out for this client.

The process of undermining the incumbent is not about being a better provider, it’s about building a better (and stronger) relationship with the client. Consider where you stand with the client, and seek to improve on your failings. If this process is in the later stages, a confrontation with the client’s stakeholders may be all that can be done to solidify things. This, of course, can be just as destructive. Do not sit idly by and let erosion take place.

If you run a technology service company and wish to “keep your eyes on the prize” so to speak, you’ll want to be alert for these types of encroaching dangers. You might not know about it until the effects are much too late to be stopped, but you’ll get better at spotting the signs. Be aware, for missing too many of these signs may lead to a drain on your brand, a loss of business, or even worse.

1. And you provide all of it. Don’t be one of “those” types of technology companies.