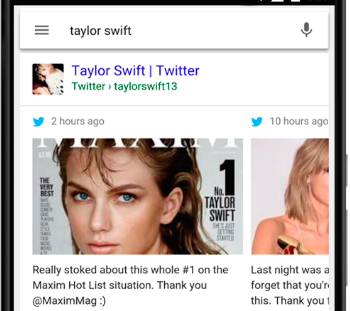 Like Google Reader, iGoogle, Wave and Buzz before it, the days of the social network Google Plus may be numbered. The writing appears to be on the wall. With Twitter’s announcement on May 19 that Google‘s app would include tweets in searches, Google is making massive changes. While Google may want to spic it differently, signs are pointing to the end of the social network.

Not for lack of trying though. When the service launched in June of 2011, Google made a massive push to get everyone on the service. Essentially anyone using Google‘s popular Gmail and Apps services was auto-enrolled. That didn’t sit well with many, but it also gave the service some real traction. For a time, even Robert Scoble was a dedicated and loyal user (before he moved to Facebook).

To separate Google Plus from its growing challenger, 4 years ago Google stopped showing tweets in search engine results (the real-time search). That had many crying that Google was favouring its own service, but that changed little. The recent announcement to include Tweets in the Google app (and eventually desktop) essentially reverses the previous movie, and will likely alienate Google Plus further.

Another sign, Google is expected to launch a new photo-sharing tool not connected to Google+. The tool is expected to be capable of sharing to Twitter and Facebook and be a completely independent service. Since Google has previously attempted to hook everything into its Plus service (even Picasa), this is is going to be a serious departure from the social network.

An to be sure, Google Plus has fallen on hard times. By all accounts, Plus is stagnating. Recent efforts to integrate the service as a commenting platform (and even into YouTube) have yielded little more than controversy. Perhaps another sign of Plus‘s failing fortunes, but I rarely post updates to my page.

While Google Plus may still be around in some form going forward, all signs point to the end. On May 28th and 29, Google will host its I/O developer’s conference