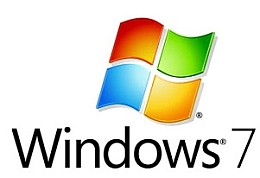 You may have heard of the next version of Microsoft’s desktop operating system called “Windows 7”. This new version is Microsoft’s follow-up to the rather underwhelming Windows Vista. Windows 7 has been in development for some time now, and the release is shortly upon us – it has just been announced that Windows 7 will be released on Oct. 22, 2009.

You are likely to see a lot of information about this in the media over the coming months, but I thought I might try and cut through the noise and give you a rundown of what you’ll expect and what you’ll need to prepare for as with this new operating system.

Versions
————-
Windows 7 will have multiple versions, here’s the rundown of what will be out there:

Starter – used to be limited 3 running apps, expect this on netbooks
Home Basic – likely won’t be available in Canada, but possible, not intended for business
(Home Premium) – this will be what is going to be installed on Staples/FutureShop type computers, not intended for business
(Professional) – this your main Business Version (comparable to Windows XP Pro, Vista Business)
Enterprise – Enterprise Level, can’t be purchased outside of a “Volume License”
Ultimate – this version will have all features and be most expensive

You will generally only see, or have to choose from the two that I have circled in brackets. Your choice will be narrowed down to business (join a domain, group policies) or non-business (media tools, no remote access).

Requirements
——————–
This often seems to be a bit of a moving target, but here is the absolute lowest specs you’ll need:

Certainly, much of your choice to purchase will hinge on the new features of this Operating System. You will want to be familiar with some of the new-and-good stuff that will be included when you make the choice of whether you want to have Windows 7. Here are some of the big ones:

Visual Changes – With every new version of Windows comes changes to the visual appearance and interaction with the GUI (or Graphical user Interface). With Windows 7, the task bar features the biggest changes – instead of the previous “quick launch”, programs can be pinned to the taskbar. Also new is something called “jump lists” where each program can have a list of pre-defined actions to take using the pinned icon or shortcut on your taskbar or start menu. look for these changes to create initial confusion, but, in time to be embraced. other visual changes include icons, a new “snapping” of open windows using mouse cues and improved themes.

Improved Speed – One of Microsoft’s announced “design goals” was to make Windows 7 faster than that of Windows XP and Vista. Current tests available don’t show allot of promise, but this will likely improve by the release date of Windows 7. Also, look for better speed gains on newer technology like Solid States drives as Microsoft pools its driver efforts into the new operating system.

Link: Speed Test: Windows 7 RC not much faster than Vista

Windows XP Mode – Compatibility with Windows XP is a big problem for Microsoft. Programs that may have been designed for Windows XP won’t work on Windows Vista or Windows 7. To take some of the bite out of this problem, Microsoft will offer the ability for users to fool programs into thinking Windows XP is installed. Expect performance of this feature to be the main factor in adoption.

Virtual Wifi – This new feature is going to allow Windows 7 to create a second “virtual” wireless connection on your computer, which could be used to connect to more than one wireless network or share out the connection you already have.

Problem Steps Recorder – A very nice too for aiding those who troubleshoot problems. This feature will let you record and comment on a problem and it will generate a file you can email to your IT Support person. Using this feature should GREATLY improve the speed at which problems are rectified.

What you need to know when upgrading (Changes)
————————————————————————-
If there are parts of Windows XP you that you regularly use – you’ll want to pay close attention when making the way to this new version of Windows. Some of the key features that have changed:

Outlook Express – if your a user of this “email client”, you will find that not only is the name changed to “Windows Mail” but it will likely be completely removed from Windows 7. To get this application you’ll have to install what is now called “Windows Live Essentials”. Also look for man Vista-related features to be removed as well (Ultimate extras, Calendar, etc)

Windows Backup – Windows XP’s backup application allowed you to select files to individually backup – this process has been changed quite dramatically, now creating a drive image and using a different model. You’ll want to understand these changes fi you relay on this feature.

Of interest is what the Gartner Group is saying about Windows XP to Windows 7 migrations (Link to full article), they have these things to say:
“Applications that do not run on Windows Vista likely will not run on Windows 7.”
“Prepare budgets to deploy Windows 7 on new and existing PCs during 2011 and 2012, so you can eliminate Windows XP before it becomes problematic.”
Interesting timeline and advice, and realistic.

Other Links of Interest:
———————————
Link: Windows Client Feature Comparison (with previous versions of Windows)
Link: Windows 7 – Wikipedia, the free encyclopedia
Link: Engineering Windows 7 : Some Changes Since Beta for the RC

You should expect some of the above details to change, if they do I will be posting those changes on my blog. Check it out from time-to-time for more details: cwl.cc. As always, your thoughts, questions, queries and observations are always welcome!