Recently, reading a blog over at GigaOM, they talked about the possibility of 2011 being the “year of powerline networking?” with no mention of other alternatives. As more mobility and performance is being required in the home, increasingly people are looking to alternative technologies to fill the gap when WiFi either doesn’t cut it or just doesn’t work at all. What we need to do, however, is stop looking to what we’re using (power lines) and look to what we’re using less of in the home. There are current technologies that provide for ways of extending home networks through use of existing phone lines and television cable. Read on for more.

Think about this for a second. If I were to give you a person that is aware of many current trends and is somewhat tech savvy – what are some of the things that he/she are giving up in favor of new technologies? Many of us are doing the same, but you can often look to those that are ahead of the trends (or Early Adopters, as their called) to get a picture of what’s coming. What you’ll is these two technologies being lead out to pasture:

1. The home telephone or land line in favor of one cell phone

So, given these two changes, there is a good chance that we’ll all follow suit at some time in the futre. The interesting thing is that every single home you buy or rent will still have cable TV cables and phone lines running through the  house. Why are we looking to the cables we already use to augment our home networking (power lines) when we can use what’s already there and likely to be used less and less in the future? Why aren’t we embracing and enhancing these technologies?

You may not have heard of these technologies before. There is a consortium that exists to further the cause called the HomePNA where it’s members manufacture hardware for coaxial (TV) and phone line networking purposes. Here is a look at what you can do with the two technologies:

Phone Line Networking
Using a HomePNA 3.1 compliant adapter (such as the HPNA3200 from Metalligence). With two of these you can take your exiting home network and extend it through the existing phone wires in the house. These adapters should reach a theoretical limit of 140 Mbps, which should be good for streaming video if needed. 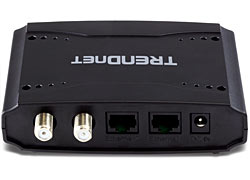 Coaxial Networking
Using the HomePNA 3.1 standard, you purchase two Network Adapters (such as the Trendnet TPA-311), connect these to your exiting TV cabling in the house and use the Ethernet ports to either connect directly into your computer or plug these into a wireless access point and extend your wireless network. This setup has theoretical speeds fo up to up to 256Mbps, which should be more than enough to handle the IPTV applications you’ll be planning to setup in your house.

It’s clear that Coaxial can deliver more bandwidth just by the very nature of wiring, so that makes it a really nice choice (and it doesn’t require that you stop using your lines for TV either). Given the maturity and the relatively low cost of these options, I’m at a loss as to why Powerline Networking is the only option mentioned when WiFi alternatives in the home are required. With the continued interest and support of the HomePNA, we should see more and more options  from these guys.

The next time you extend your home network and WiFi is not an option, these technologies may be work a look. Get more details on HomePNA at WikiPedia.