The tower version  of  it’s cousin, the R410 Server from Dell, the PowerEdge T410 is a lower-end server suitable for up to 15 users on a small Network. I have previously looked the R410 (read that review here) and now have the opportunity to check out this one. The intention of this new server was for it to become a simple Domain Controller coming in at a less than $3,000 price tag. Here’s my look at the server, the setup and how well it stacked up to the intended job description.

Basics
This server has the following specifications (as shipped) :

Looking at the various physical parts of the server, this is as plain as they come. The front panel looks like something that might of held an LCD in a different server. The power and everything else is fairly standard stuff.

What’s also interesting is the OpenManage Server Administrator tool is missing from the Windows installation. The 120 MB download allows you to see details about storage and the system as well as setting alerts for various issues.

When opening up the server, you see the space is not exactly used the best way. The Drive cage (along the left) is filled with the three installed drives and includes space for three more (though the curious lack of cabling exists here. I like how they’ve included at least 6 drive mounts (seen below in blue). 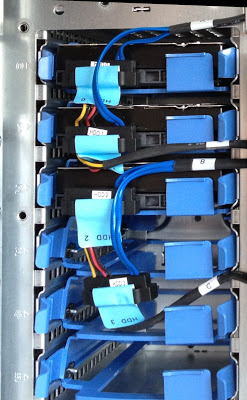 On the motherboard, you have two CPU slots and 8 slots for RAM which is provides for decent room to move if the server’s life needed to be extended. 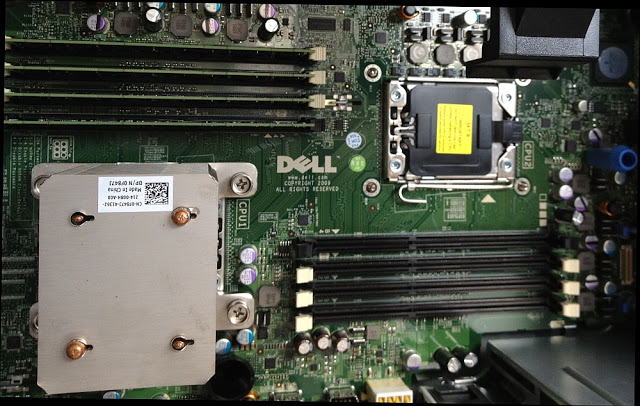 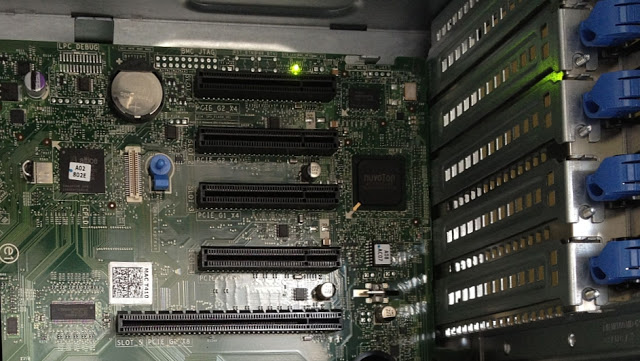 The slots don’t leave allot of space for extra long 8x cards with the use of a large plastic mold (for fan airflow). I would consider this if your plans include expansion with larger cards.

Server Setup
I’ve also wondered about Dell’s policies on Updates. Out of the box, the R410 needed about 64 updates. I wonder if where the cut-off is with Dell as far as attempting to slipstream these updates to avoid the time consuming install process.

Another very interesting difference between Dell’s servers and consumer products is the lack of shovel-ware. You know from previous articles like “6 things to look for when buying a laptop” (read here), that I’ve advocated for the removal of all but the necessarily stuff on a computer. Thankfully, on Servers, Dell appears keenly aware of what NOT to install. I’m of the opinion that all Dell computers should come this bare.

Final Thoughts
The T410 is a big and very capable server. If you’re in the market for something lower end, but still with the power to run authentication or possibly a mail or database server – the T410 should work well. Since the server is pretty heavy and large, you’ll also want to make sure it sits on a solid rack or table. All told, the server was quite easy to setup and the Active Directory setup was fairly quick and painless.