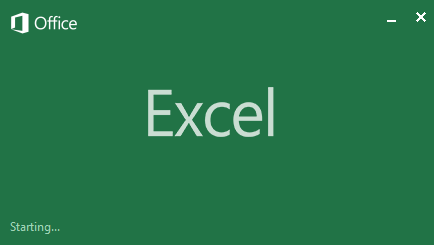 I’ll never really understand why Microsoft calls it’s hugely popular spreadsheet application Excel. Is it that the program helps you become Excellent with numbers? I’m not exactly sure, but as the de facto spreadsheet application on the desktop, Excel is in use in most businesses today. As a product, it really hasn’t changed to dramatically over the last ten years. With a new 2013 release for Windows on the horizon, I wanted to take a look at what’s coming for Excel users and administrators alike. 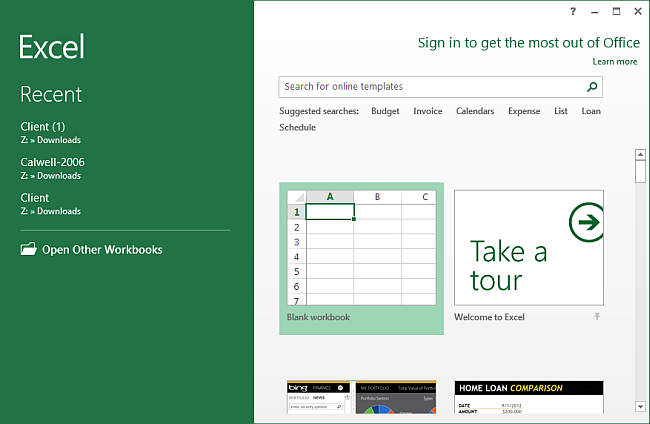 Much like in Word, opening Excel places you in a new screen that shows you login options, templates and recent files that you had open. I’m really not sure what to make of this new screen beyond the confusion it will cause some people. I do think seasoned users are likely to hate having to see this every time they open Excel.

The most interesting new feature looks to be that of the Quick Analysis Tool. This feature can be used on selected area to automatically color code or format data in ways you might not have thought previously. I tried this a few times and found the idea a sound one. The color scale function is a really nice way to quickly highlight a series of cells if you want them to stand out.

New: A Window Per Workbook 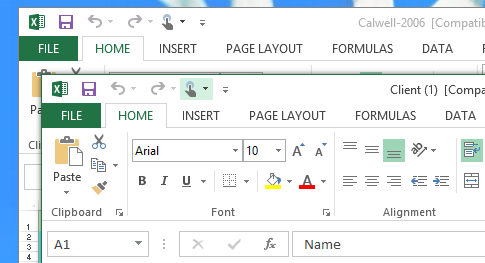 In Excel 2010, opening two workbooks (or Excel files) only  let you switch between them by way of the taskbar or ALT+TAB. The two files opened up in what seemed like the same Excel window (but since the MDI interface was gone, you were out of luck). In Excel 2013, each workbook is opened into it’s own separate window, making it easier to visually move the open files to other locations (or monitors) if needed. This new feature falls under the “they should have fixed it in 2010 too” category.

Apart from the above, Excel is still largely unchanged as far as spreadsheets go. Because of this, I don’t expect you’ll see a large learning curve if you’ve used a spreadsheet application before. I didn’t find the application was any more snappy, but I’m sure others will do the obligatory speed and memory tests. As far as Excel goes, the new features aren’t going to blow you away, but the program is likely still going to continue to dominate the market (as part of Office).