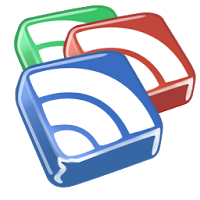 When we first found out about Google’s plan to shut down its Reader product, many of us who used the tool were shocked and disappointed. Surely Google knew that many of the same people who were power users and promote the work they did – also used the very powerful and capable Reader tool to read and discover news? Well, barring a last-minute reprieve, we’re going to lose Google Reader on July 1st. This is an account of some of what I’ve done to replace this important and useful tool during these months – and a tool I eventually settled on.

All of this depends on an important point. I’m one of Google Reader’s “power” users. This means that I subscribe to a large number of websites and aggregators and read thousands of headlines on a daily basis. I rarely, if ever, used any of the social features of Reader. My time was spent going through as many different articles, as fast as possible. This kind of information diet is simply not possible with reading tools like those offered by Flipboard and others of the same visual ilk. I like those tools (I have a Flipboard magazine here: flip.it/4m3vv), but they suit a kind of slower consumption of the news.

In March, I essentially began a months-long process of testing every possible promising alternative to find one that suited my needs. I really didn’t think it was going to be that hard. Boy, was I surprised?

I started with BazQux Reader. Despite the dirty-sounding name, the reader’s interface was nice to appear utilitarian. I wasn’t really looking to take the jump into a paid product at the time, so I moved on.

Next, I ended up back at The Old Reader. I had written about them before Google Reader was dying and wanted to see how they’d been progressing. The interface wasn’t what I wanted and I felt the keyboard shortcuts were limited (and at times, didn’t translate directly from Google Reader’s capable options). I kept moving.

Then, almost as if I could not possibly resist; I gave into the oncoming juggernaut that is Feedly. As the news broke of Reader’s demise, users started flocking to Feedly’s tool. I resisted no more. At the time, Feedly still used Google’s cloud to store the data  (they have since moved away from that). I have to respect Feedly too, they appear to have been working the hardest to win over Reader’s customers. After a short time with Feedly, it just didn’t’ feel like a good fit. Feedly has always felt like it placed visual elements over utility. I felt the volume of information I could process was slower than it needed to be, so I moved on.

I had been searching for something that sat in the cloud and was more utilitarian. Enter tt-rss. This open-source project was downloadable, but it was also possible to find hosters. I found one in MXhub, and began paying $5.95us for the tool. While tt-rss has been incredibly capable, I encountered a number of problems with the hosting of this tool. Also, having the tool hosted limited some of the customizations I could perform. The keyboard shortcuts were also not at all similar to what Google uses. I felt I could find better.

Update: Fast-forward to late-2020 and Tiny Tiny RSS on Docker is far more useful, capable and powerful. This what I use on a regular basis. Highly Recommended.

This brings me to the present moment. The precipice of Reader’s demise. I have settled on InoReader as a very capable replacement. InoReader is free and supports most of the common Google Reader shortcuts. It’s nice to be able to use SHIFT+A to mark all in a feed as reading and carry on. I’ve even found improvements over Reader too; when finished reading a feed, pressing the SPACEBAR takes you to the next unread feed.

You can find a growing list of alternatives at Github. So far, I’m liking what I see with InoReader, what are you using now as Reader stops working and we all fly free of Google’s RSS Reader domination?