I have more than a passing interest in payphones. In fact, whenever I’m out of the country, I try to get at least one picture of a local payphone and submit it to an online database of phones. It’s so widely known among my friends that, on occasion, they’ll take pictures when travelling and make me aware of them. Payphones are interesting because this tool is dying an inauspicious death worldwide. This may be due to the proliferation of cell phones, the ubiquity of Internet communications (and with it VoIP options), or just the higher cost of providing access to an ageing network. Whatever the reason, this clear market shift is never been more apparent than in Canada. Bell has even asked for permission to raise rates on payphone calls and was denied by the CRTC.

The venerable payphone (or telephone booth) has existed since the late 1800s and likely hit its peak sometime in the 1980s. With the rise of the Internet in the late 1990s and the smartphone in the late 2000s, payphone numbers have dwindled while the cost-per-call has increased. In fact, if you look around, chances are, you won’t see a payphone within walking distance. Recently, the CTRC had opened up to the public for comments about payphones, how they’re used and what Canadians think about losing this important service.

In short: How important are payphones to our way of life? If we have a chance to shape the future of payphone availability, shouldn’t we?

The venerable payphone is a cultural fixture. What would Dr. Who be without the iconic red booth? Superman was fond of changing in payphones. Heck, getting in and out of The Matrix would be a problem without a trusty phone booth. Just like police officers in uniform and the distinctive look of a fire hydrant, we’re acutely aware of what a payphone is and what to do with it no matter where they are. It might even be said the payphone is a symbol of our civilization’s move into urban centers. 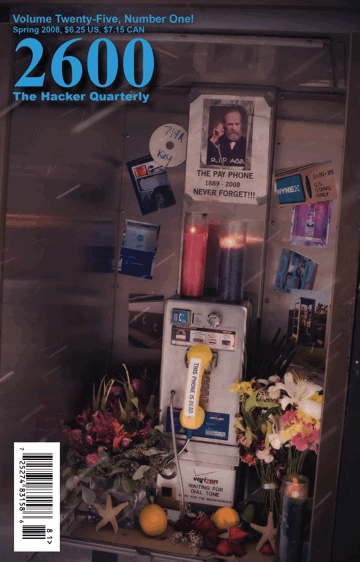 The question is whether it makes sense to keep them. For those that may live in locations not served well by Internet or wireless services, the payphone may be their only means of communication. Also widely known is the impact on the poor. In fact, low-income earners who might not have access to phone service turn to a payphone 82% of the time [1].

In fact, there is a precedent for subsidizing access to phones in locations that might be in need of service. In locations near baggage claims in airports, you’ll find phones that directly connect to hotels free of charge. Driving on many American highways, you’ll also see emergency phone boxes that presumably call authorities. Call boxes for emergencies are also found in places like subways and other public locations. These are almost always closed-circuit calls, but they are also subsidized for the public greater good.

If we lose payphones, we also face a loss of anonymity. The payphone has long been one of the only ways to call someone without fear of tracking a call back to the caller [2]. While this may be a valuable tool for the heavy-breathing stalkers among us, but it also serves as a vital tool to communicate under cover such as whistleblowing or reporting a crime. For others, who wish to pay for calls up-front or use calling cards without fear of errors causing a shocking long-distance bill, payphones serve useful functions.

I have to confess, I haven’t used a pay phone in years. I haven’t had a home phone in years. While I support technology changes, it becomes harder to understand the value of something when the need isn’t as obvious. We may never see a return to the heyday of a payphone on every corner and gas station, but we may need to pay (in the form of taxes) to keep payphones cheap and reasonably available for those that still use them.

I encourage you to speak up regardless of how you value payphones. We all have a relationship with these symbols of communication and they deserve our voice and attention. You can find the submission form on the CRTC website.

Update: Torontoist recently spotted a payphone used as a library. The link between books and payphones may be more fitting than you think.

1. A 2003 survey of low-income payphone users detailed here
2. Well, most of the time