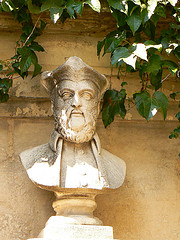 I’m a regular prognosticator, or at least I think I am. As a regular reader, you probably remember last year’s list of predictions. To be fair, I don’t make it easy; I won’t have the benefit of seeing products at the world’s largest tech conference (CES) in early January. This is generally considered the starting point for what will unfold over the year. Because of that, some of what I guess can be a bit off the wall, while others are safer bets. Surprisingly, I seem to have a good track record. It’s always fun to come back a year later and see what I was thinking.

Here’s what I predicted last year, warts and all. My record for 2013 is 6 right out of 12 predictions:

1. As the products “Steve” has input on run out at Apple, they will coast on incremental updates or have their first product flop in 2013. In Sept 2013, The iPad Mini 2 will be released with a retina screen and an iPhone 5s will be released.
MOSTLY RIGHT: The next iPad Mini was released with a retina screen and the iPhone 5s came out to huge fanfare. The prediction about Apple flopping was not quite true, as sales have been strong for everything Apple makes.

2. Google will make at least one of its major new sci-fi-ish technologies available to the public at a price (Glasses, Self Driving Car, or something else).
WRONG: Save for the Moto X and Chromecast, Google didn’t really release a lot of new products. Google Glass looks to be headed our way sometime next year, and other projects Google has a hand in, are no closer.

3. 2013 will be the year of draconian Internet rules/laws. Expect at least two big news stories about laws enacted that may cut off Internet access for hitting a site or downloading certain content. Drastic measures like filters or censorship will happen en masse.
MOSTLY RIGHT: Shortly after the SOPA bill was killed, we knew it was a matter of time before regulators would come back with more. A new bill Cyber Intelligence Sharing and Protection Act (“CISPA”), has been mentioned in the vain of SOPA as continuing some of the former’s measures. Perhaps more ominous, a number of countries have been negotiating the Trans-Pacific Partnership Agreement (“TPP”) in secret that carries copyright provisions (among other troubling provisions).

4. A major security flaw will be exposed to one of the large free Webmail providers with a leak of thousands (if not millions) of mail accounts and mail data.
RIGHT: Probably the highest-profile breach of 2013 was Adobe. Reportedly more than 38 million customers were affected, and source code for various applications was stolen in this massive data theft. Other major leaks include Evernote, Twitter and others.

5. Windows 8 sales will be sluggish (by Microsoft’s standards) as the new operating system doesn’t catch on in an already saturated tablet market and alienates business users. Expect plans to create a Metro-less version of Windows to be known before the end of the year.
RIGHT: The statistics support my assertion. Windows 8 and 8.1 are clearly not taking off the way Microsoft had hoped.

7. In 2013, the electric car will become more popular, but still not mainstream. More charging locations will make this an option for many.
RIGHT: This was probably my easiest prediction. Electric cars like Tesla made the news this year while gaining steam and we even saw a demo/dealership open in Toronto’s Yorkdale this year to show them off.

8. 2013 will mark the popular introduction in North America of a new vehicle technology called Start/Stop.
WRONG: While technology exists on most hybrid vehicles, I anticipated the introduction of this in fuel-based cars. I didn’t see anything like this all year.

9. Batteries will be revolutionized with a major advancement that more than doubles or triples the conventional battery life.
WRONG: The landscape of new battery technology has been promising leaps in capacity for some time. Word of some new type of power source that is a number of times more power tends to pop up often, but this year lead to no real solid advancements. Let’s hope some of this promise is solidified in 2014.

10. 2013 will see the rise of a poor innovator. We’ve seen Brazil improve economically. Innovators in Africa have figured out how to run a generator on urine. Expect more of the same as developing countries start making technological advancements.
WRONG: I had anticipated a number of new inventions to rise out of obscurity from more impoverished areas. 2014 may be the year that this takes the spotlight.

11. With super-storms, we’ll see at least one new super-virus. Cross-platform, polymorphic and brutally viral.
WRONG: Thankfully so, I was very incorrect about this one.

12. Apple will release a product that is a combination of a TV and iOS – the Apple TV product (similar to Google TV).
WRONG: It just didn’t happen. Perhaps it will in 2014?

In 2014, here are some major milestones we’ll see:

1. Google will create a working prototype of a personal robot or robotic-assisted (more functional than, say, a Roomba).

2. Microsoft will (at least) announce the Windows product line will split into two (or more) distinct entities. One, the desktop (start menu, shell) and the mobile version. Microsoft will also aim to reduce the number of versions.

3. We’ll see a serious new security threat take hold: Similar to a denial of service attack, the thief will gather details on credit cards and bank cards and use them unscrupulously to trigger a financial institution’s lockdown of the account – thus leaving the victim locked out of their funds. A ransom may need to be paid to get them to back off.

4. Blackberry will split into multiple companies.

5. Due to N.S.A. revelations, a massive exodus of unencrypted use by non-American users of all kinds of services hosted in the U.S. I expect to see all sorts of promises of better protection from N.S.A. spying, but few will believe this. This will strike a major blow to previously useful cloud services. We’ll be talking about the N.S.A. all year.

6. By the end of 2104, strong encryption tools will be mainstream. Expect to see a long list of tools that encrypt on top of already encrypted offerings.

8. In 2014, a tool will arrive that pools multiple cloud storage providers into one seamless, encrypted container.

9. Home automation products will drop in cost and hit the mainstream in 2014.

10. In 2014, expect to see a desktop renaissance. The strong rejection of enforced mobile interfaces on Windows and OS X desktop computers leads popular usage back to graphical tools.

11. NFC (Near Field Communications) support will fall into obscurity as Bluetooth LE (Low Energy) becomes the standard for the burgeoning Internet of Things devices, home automation and other close communications.