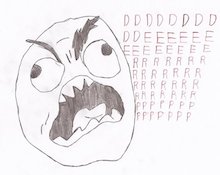 I feel like there’s a meme for this kind of thing. Or, there should be. It goes like this: Tech writer gets all curmudgeonly about something lots of people like. Said tech writer spends lots of time explaining how it sucks and other, simpler, things are better. The current iteration of this story is from Will Smith (no, not that Will Smith), who writes for Tested. In his article “CES: It’s Mostly Bullshit“, he expounds on the suckiness of all things CES. He’s really only redeemed by saying “mostly”.

I can attest to some of this strain he feels having been to CES twice myself. But, I wonder if Will Smith (as an example) runs a marathon and also screams “This is mostly bullshit!”. Yes, it is very painful. Marathons are supposed to be. CES is another sort of marathon, and those who approach it as such, probably get the most out of the process. The joy of what seems like a sea of garbage is finding that cool thing no one expected.