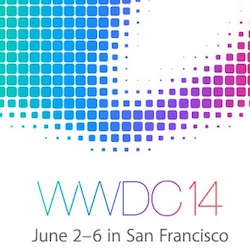 Big Apple announcements are always greeted with interest. This time around you’ll probably have come across slew of blogs that talk about what Apple decided to release. In that vain, I guess I’m no different; but, as a user and supporter of most of Apple’s technologies, I’m usually in a position to offer some insight into how the uptake might be on this stuff. Without further adieu, let me get into what seems like a mostly software edition of WWDC.

Mostly software it is. In fact, after the event I was expecting at least to see the much rumored iWatch or some other form of hardware announcement. This year I wasn’t able to see the event live, and had the time to mull over some of what Apple offered today.

OS X Yosemite – in the fall

Kind of expected, Apple is offering another version of OS X based on locations (and not animals). Yosemite is packed with all sorts of features and changes. What seems to be most obvious is the inclusion of flat and translucent design elements like iOS 7 had. Some of the key new features include new icons and a bigger more prominent Spotlight search. Speaking of Spotlight, it seems to be able to draw from Internet sources, likely a welcome addition for those that use Siri. Improvements to notifications and the Mail application will also be included.

Perhaps more interesting is the Handoff feature. The idea here is that you’ll be able to take files and webpages (?) that are open on OS X and open them in the same state on an iOS device. My expectation is that this feature will work with a very limited set of tools and probably require iCloud Drive. Will this be a feature people will come to hate?

A big winner on OS X is the ability to accept and reply to standard SMS messages and phone calls. This is really going to have people wishing they were locked in to Apple’s platform to get this kind of stuff. It’s a shame, but all the big companies do this to make by the Macbook+iPhone.

A developer preview of the operating system is downloadable at Apple too. When released in the fall, Yosemite will be a free upgrade for supported computers.

Apple also appears to be moving closer to making a Dropbox type of tool with iCloud Drive. I really feel that Apple has failed on previous attempts at cloud features and tools. I’ll have to see myself for sure, but it appears that iCloud drive is exactly like Dropbox. You’ll have a folder and all the files placed in that folder will sync with the cloud. In addition, the files are accessible via iOS devices and Windows computers.  This is what Apple’s cloud should have looked like years ago. Like so many things Apple does, others have a major head start on them.

Also, found in the fine print on the iCloud Drive website:

You’ll want to keep that in mind when connecting those 15 iDevices.

Likely the biggest announcement of the night, iOS 8 is the next tablet and phone operating system from Apple. For many, this will be considered  the “openness” release. Apple will now allow for third party keyboards  such as the ones popular on Android. This may even get Robert Scoble back to an iPhone. Applications are going to be able to communicate with each other to create more interesting experiences (and spread to multiple apps, like Facebook did with Messenger). Airdrop is going to support sending stuff to a compatible OS X computer. Photos is being updated to sync with all devices, though this is probably just an underlying iCloud related feature repackaged. TouchID, the fingerprint technology will now be opened up to non-Apple apps.  iMessage will add voice and video features found in other related tools as well as a possible self-destruct on them. Certainly, companies like Whatsapp have a reason to be pissed. Much rumored Health features will also be included, though the details aren’t yet completely clear how this will be implemented.

No word on an iOS 8 release date, but compatibility details are listed on Apple’s site.

Lastly, and not considered a very big announcement; Apple will release a new programming language called Swift. Primarily targeted for iOS and OS X programmers, the new language looks to be a more streamlined and enhanced take on Objective-C. We’ll see if this catches on with developers.

More details about Swift can be found on Apple’s site.

This year’s WWDC was clearly, and rightly so,  focused on development and software. We can expect the big, juicy hardware announcements to come with Apple reconvenes next. Would they release a TV, watch, and new phone all at once?