What a difference a new version makes. BitTorrent’s has announced its Sync tool has undergone a serious revamp. This should be version 2.0, not 1.4. Gone is the previously sparse interface, and instead we’re treated to a more graphical easy to use interface. In 1.4, it also appears that they’ve renamed “secret” to “key”. This important piece of information is what identifies your sync folder to BitTorrent Sync and other devices.

Briefly: A newly revamped BitTorrent Sync arrives with new features and a new interface. The tool is working to appeal to less technically savvy users, and this update should go a long way in that regard. 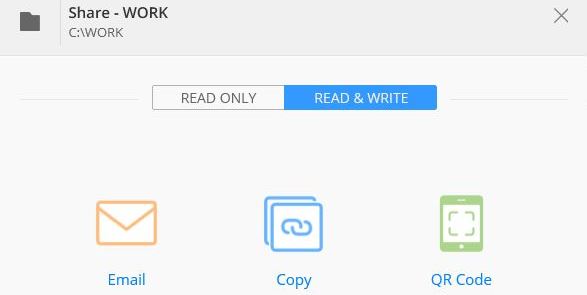 Sync has been a wildly successful tool. At 10 million user installs, they’re doing something right. But, the biggest barrier to using the tool has always been easily sharing the all important Sync keys. And, Sync 1.4 really wants to help people share them. I think this new interface does a splendid job of making that easier. The big addition to this is BitTorrent using their website to assist in the key creation process. When you copy or email a key, it’s send as a web link like this:

That kind of link takes you to a site that offers a download of the tool, or to automatically open it and start the synchronization. In essence, you don’t have to deal with sharing these messy (and somewhat long) keys. The same goes for using a QR code in the mobile application. A much simpler way to get a folder syncing. Using an older key (with pre version 1.4 BitTorrent Sync) is still possible, and you can use the key to immediately create a folder, or take an existing link and overwrite the key [1].

My one gripe aout the would be the placement of “Add a key…”. I think the option shouldn’t be buried so deep in the interface given it’s clear importance and relevance to previous versions. Keeping the tool backwards compatibile is a major plus here so I wouldn’t make that so hard to find.

Perhaps the biggest new feature is the ability to approve peers. This way, you control what devices can sync (and possibly modify data) by approving who can do so. This was something I’ve asked for in the past [2].

Many of the other features still exist, but are in different parts of the interface. History, previously a tab, is now accessed by way of a small clock icon on the interface. The major status elements that existed in previous versions are now left out by default and replaced with a simple green checkmark when the synchronization is completed. These elements can be enabled through the preferences screen. The list of devices is now better organized a peers, and more information can be gleaned with this improved interface if you want.

One of the bigger questions is how BitTorrent is improving Sync’s memory management, especially when large numbers of files need to be synchronized. In the past, many users have hit a wall with 32 bit machines after a certain number of files in sync because the tool keeps all this information in memory. Even with a 64 bit operating system, there is an upper limit to the number of files that can be handled – and improving this would go a long way to Sync’s adoption (or re-adoption).

This is a big new release for this amazing tool. 1.4 should really work to those trying out Sync for the first time. If you’ve heard of Sync, but thought it was a bit too complicated, now is the time to give it a shot. For those of us looking for more clarity in the details, there are also some serious improvements.

BitTorrent Sync 1.4 is now available for Windows, OS X, Linux, and a number of mobile platforms (shortly). Support for NAS devices also appears to be imminent. The free tool can be downloaded from BitTorrent’s website.

1. That part is overly complicated. I don’t think anyone has a reason to do that.
2. While very unlikely, it is still possible someone guesses a key and can access your data.