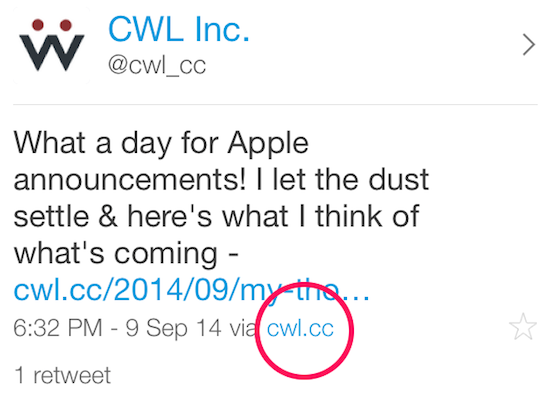 WordPress really gets flack for plugins. As a blog that uses WordPress, I understand much of the criticism. I’m always interested in getting rid of plugins in favour of coding whenever possible. You’ll probably notice the very basic nature of this site anyway. One problem that has always seemed to lack an elegant solution is how to automate a tweet with the custom text while using a developer account. Go ahead, you won’t find anything out there.

Briefly: If you’re a self-hosted WordPress blogger, here’s how to make the most of Twitter right now.

Making the most of Twitter with WordPress can be a challenge since there are so many tools and options out there. I feel there are four basic requirements when trying to fully utilize Twitter.

1. Post a link to the article and tag others (scheduled)
This is sometimes the trickiest thing to do. Having a blog post go out to Twitter with a full un-shortened link with associated hashtags and related mentions is important. This is how the post gains visibility right from the beginning. Having all this automated on a schedule, well that’s actually more difficult that’s you think.

2. Using your own Twitter application
This is more subtle, but I know that there are advanced users of Twitter that will see this, and appreciate where I’m coming from. When a tweet is sent, the application that sent it is listed in the tweet’s metadata. Some clients expose this data (Echofon, TweetDeck), while others don’t (most official Twitter apps). To have a tweet tagged with “cwl.cc” – which also links to this blog is awesome [1].

3. Making use of Twitter cards
The Twitter card is an active representation of a simple tweet. When the user clicks on a tweet (on a supported application), the tweet is expanded into a small description, a thumbnail image, and links to view the associated link on the web. I’m not sure how effective Twitter cards are driving clicks, but I do think things are easier for the user when they see more about what’s behind the link. This adds a certain legitimacy to the link too.

What a day for Apple announcements! I let the dust settle & here's what I think of what's coming – https://t.co/Rx1iJyjX8Z

4. Including Twitter meta tags
Rounding out this list is more of a code thing. It’s also what anchors all of the previously mentioned stuff. If you see the source of this article https://cwl.cc/2014/09/my-thoughts-apples-september-2014-event.html, you’ll see these Twitter tags attached:

I won’t go into what makes them so important, but your blog needs these details to make full use of Twitter [2].

With all that, you still have to make full use of those pieces. In the past, I’ve use automation tools like ITTT and Buffer, which are both great, but only cover two of my above requirements. When manually posting, I can make sure the posts are perfect with tags, but only three of the above are covered and no scheduling happens.

In my search, I hadn’t found anything that actually brought all these ideas together. For so long I looked to an external application for automation, but I started thinking about a tool that might tweet from inside of WordPress. This leads me to a simple WordPress plugin called WP Twitter Autopost. The plugin page doesn’t show all the cool features, but I can tell you that it fulfills more of my above requirements than anything I’ve seen so far. Here’s how it covers my previous list.

1. Post link and tag others on the schedule
When finishing a post, WP Twitter Autopost sits in the sidebar. I then create a tweet that may include mentions, other links, and anything else that makes sense. The URL shortcode of #url# allows me to include my full post link. When saving, I tell WP Twitter Autopost to send this on schedule, and it does that.
2. Using your own Twitter application
WP Twitter Autopost requires the developer keys and secrets that you get from the Twitter developer site. Since you’re posting with developer credentials, all tweets will be stamped as such.
3. Making use of Twitter cards
Since the URL sent isn’t behind a shortener (and potentially hidden from Twitter), the full card will show up properly.

Then, on my end, I make sure to include all Twitter meta tags and test them. Once it all comes together, you’ll have a tool that can not only send out automated tweets from your application, but let you go back to posts, update them, and then tweet again. I’ve used this in a number of cases and have been pleased with the results.

If you’re a blogger and want to take your tweeting posts to the next level, this is the way to go. We may continue to look down on WordPress (over that of other CMS tools), but I think this would be a difficult scenario to replicate well on other platforms. If you have tried, I’d love to hear more about it.

Next, I’ll be talking to the makers of WP Twitter Autopost. I had the chance to chat with them about their plugin (among other things), so stay tuned.

1. I’m also working on a small Twitter application. Watch for that here at some point.
2. I’m sure there are more details, I always go with the minimum needed.