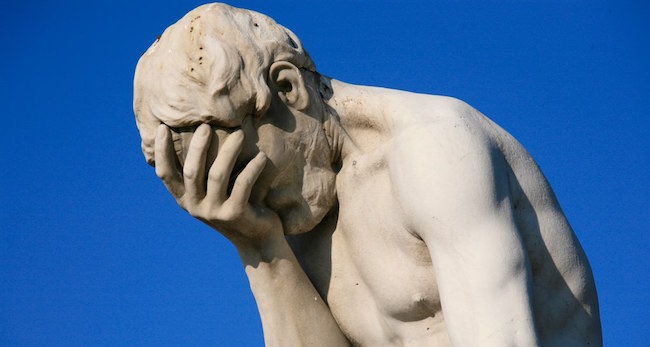 What has this all come to? Regularly, I read articles and blog posts, but I also see a good deal from people who represent my industry, namely the Computer Technical Service or MSP folks. What I’ve encountered, however, has me incredibly troubled. A number of folks online are purporting to represent us, when in fact they aren’t doing it well at all. This hit the tipping point when two of these people came together to make an insanely bad webcast, that I had to share it with you.

And naturally, I don’t see every webcast, hear every podcast or know about all those who are out publicly talking about the industry. One of the biggest truisms is that if you devote your time to work, you can’t make and edit three massively long videos, podcasts or blogs a week. So, many of these super prolific people are probably not actually out there in the industry doing what I’m doing.

Not long ago I joined a group on Facebook named “IT Business Owner’s Group”. The idea of having a group where other I.T. related practitioners would talk about technology-related concepts and presumably make each other “better” seemed like an appealing idea. I must have been in that group all of a week before I was kicked out (though apparently not banned or blocked). What did I do to be kicked out? I’m not sure, but really that’s not so important. Sure, it bruised my ego when I realized updates from the group had stopped. 1

Thinking back, my one and only post in the group was about an idea. Since I can’t take it word-for-word, I’ll paraphrase: I asked other members about an idea of forming a company that would be tech support for other I.T. practitioners. I wanted to get their thoughts and whether they might use such a service. I, naturally, mentioned it was my first post so go easy on me. Yea, kicking me out is “going easy” right. There was quite a bit of discussion there and it did get heated (even one poster asking me if I was calling him an “asshole”). Ahh, the Internet can be a strange place. I take it all in stride. 2

Then, there was meeting Corey Fruitman at a coffee shop in Toronto. I had come across ITJetpack, a weekly I.T. related show 3 and was intrigued. I was pleasantly surprised to find out one of the organizers, Corey, was local. So, I set up a meeting with him to just sit down and chat. It was a bit awkward going, 4 but things settled in and we managed to get more into the industry and work. I was perhaps most surprised at how non-forthcoming he was about things in general. There’s a sort of syndrome in this industry where we think everyone is out to take what we have. But, beyond that, his frankness about feeding his audience what “they want to hear” versus feeding them “what’s right” seemed to reveal certain hate for how the I.T. industry is. I didn’t want to push, but it was distressing to see (and hear this).

This leads me to Eli the Computer Guy. Finding his videocasts online was easy since the guy has north of 728,000 subscribers on YouTube channel. I was eventually going to come across it. What Eli does is essentially upload 2 hour long videos where he goes on and on about nothing close to the topic at hand, and then drops some relative nonsense about it near the end. Eli is like that guy in the tech support office who has some skill but tends to get all of his “resolves” from talking his way out of them. When call times are less than 10 minutes, they are usually higher than 60. He’s the guy that likes to talk a lot. A lot. And, hey, he’s making money with all this talking, so good for him. But he represents my industry and that sucks.

It all seems more and more that very few in our industry can handle the kind of conflict that makes us better. So few can dig in and find ways to learn new things. So many are building their own silos and are unwilling to face any other reality – distortion or otherwise. Everyone thinks they’re an expert, even when they clearly called on the bullshit, they won’t relent.

And, let me be frank, I like this Palachuk fellow. I like what he’s doing and the effort he seems to be made to educate others in the industry. None of that is easy either. Making, editing articles, posting videos – this is tough and time-consuming. But, sometimes I see what he does and it seems like he has no earthly fucking idea what he’s talking about. He so clearly hasn’t been in the trenches of this industry. He probably takes it personally, but being wrong, and being called out for being wrong is part of his improvement cycle. It’s part of what makes us all better at what we do. Creating a more insular environment goes counter to what you should be doing. But he clearly insulates himself to his detriment.

Then there is my brush with Lisa Hendrikson. I may have seen her business “Call That Girl” in the past, but it never really entered my orbit until I joined the above mentioned Facebook group. She had commented on my post there and we took a conversation out to email. It seemed very clear that she’s built a business on supporting the email related vertical, but perhaps not infrastructure level stuff. Which is fine, but as the email conversation continued, she seemed to be super self-conscious. Even to the point where she says: “Google “outlook expert” and I should be ranked #1 or 2 in your search.” as if being top of a Google search somehow makes you an expert. Or maybe she said that because she thinks I’m stupid? No matter.

As luck would have it, the technology worlds aligned when Palachuk and Hendrikson would appear together on a video. I give this video to you below. It’s great (and often cringe-worthy) to see these two bounce off of each other out-insulating their worlds. This is ok, but it’s also fucking infuriating to me to see that our industry can’t do better than this.

Some great tidbits here in between Palachuk’s self-promotion include Hendrikson explaining how much she hates invoicing and chasing invoices. She’s Google’s #1 “outlook expert” search result, but she can’t get over-invoicing? Even better, take a shot of tequila every time Palachuk says “Bundle”. Take another shot every time says what she’s afraid of. I’m not sure you’re ready to get that drunk. She talks about “not doing hardware” but makes no effort to learn more. He talks about “D&H and Synnex” but makes no effort to help her understand why they aren’t CDW. She says (about users) “That’s really smart, especially at the MSP level”, as if that level is so far from hers. It’s all insular softballs thrown back and forth. She says “We’ll probably have to have a follow-up show” – Please, no. 5

How should this be? Take a look at the Gilmore Gang. Those guys are more high level and topical, but they don’t shy from conflict. I tried myself to create a podcast that kind of died off. All of this makes me feel like I need to bring it back and continue improving.

Look, I get it, these two are trying to make money in this big, bad, scary world of online. While this video probably isn’t going to get more than 200 views, their attitudes are out there and they represent my industry. My trouble is that others in technology, especially those more seasoned, will look a this and think “that’s it”. And, I want them to know – it isn’t. There are people out there facing the realities of clients, the realities of failures and business cycles and data loss and their own mistakes willing to learn from anyone and everywhere.

I’m one of those people, and this doesn’t represent my industry. If you are also looking for a real place to communicate with others, I invite you to join the MSP, Break/Fix, Technology Business Owners Facebook Group. This industry is still maturing, and we can all do better.

Also, one bright spot I’ve found is Louis Rossman. His videos are interesting, clear, and when I watch them, I’m hopeful that we can be represented well and with integrity. Do yourself a favour and check him out. You’ll learn a great deal and see the reality of our world.