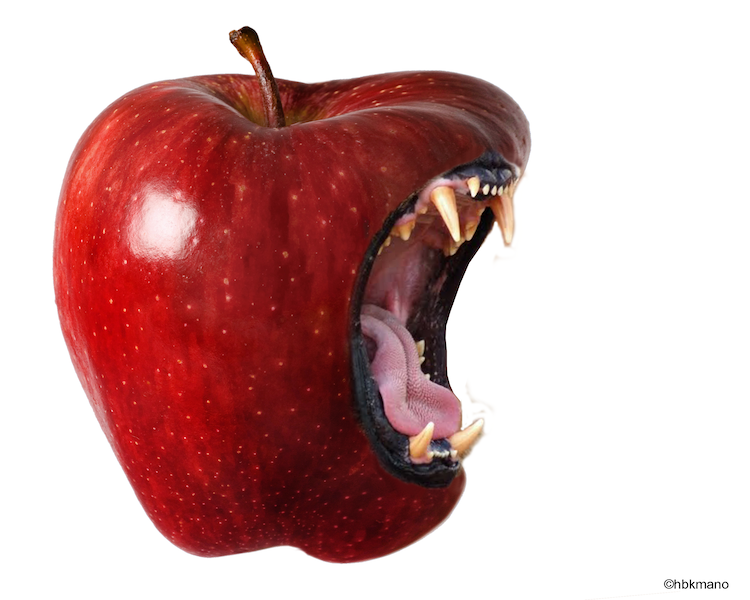 “Please send me that screenshot, I want to beat the snow”.

I’ve come to a small coffee shop ten minutes from home to connect and wait for confirmation of legitimacy almost as clandestine as “proof of life”. A gray market seller of an Apple laptop is making the aforementioned computer available, sealed in the box for hundreds of dollars under Apple’s retail cost. I get the image, it shows the serial number, it shows the warranty is active, and it’s enough for me to start the 3-hour trek through rush hour, a looming snowstorm and uncertainty.

Buying hardware this way is filled with too many pitfalls to mention. We’ve all heard the stories of people robbed at a meeting, buying a sealed package only to find clay chunks, and perhaps the best scam ever: procuring something stolen only to find out after the fact.

The main things you’re trying to assess whenever buying a product – especially a sealed product, its legitimacy and that the provenance of the product is legal. This can often be a look at a receipt from the Apple store matched to the serial number on the box, and all is good.

On this night in a remote Brampton coffee shop, I’m meeting Arshad. He’s already had me worried by the way he communicates as little information as possible. He’s couched every response via text with just enough information. But, things look legit, so I’m here. When we both understand that the other is on-location he delays his entrance into the coffee shop. A strange sign to be sure. This delay, ever so small, seems to indicate that he wanted to do this outside in the parking lot. One red flag.

Arshad rolls into Tim Hortons with the computer in a Staples bag. The box is sealed and on the back is written in felt pen “N/A”, circled. I don’t even get to verifying the serial number with Apple’s website when I ask:

“Did this come from Staples?”
“No,” with clear avoidance in his voice.
“Where did it come from?”
“I bought it from a.. a company,” now it seems like a stutter.
“From what company?”
“An IT Company”
“What IT Company?”
“I can’t tell you that,” he says as defensively as possible. I’m already onto red flag number two. Not looking good at all.
“Can I see the receipt?”
“No,” and with some condemnation, he says “You should have asked all of this upfront giving me time to prepare. I never see this from people.”

I’m now firmly into the second red flag halfway to the third. Arshad can’t prove where the thing came from, he’s shifty and squirrelly, and most certainly unwilling to work with me. This has all the hallmarks of something about to go bad, but you were too focused on a good deal to see it. I know I’m that guy too often. But, at this moment, I wasn’t that guy. I was the guy who wasn’t going to take the risk (finding out, later, this might have been stolen). This is not a treatise on the challenges of buying and selling in the gray market either. I’ve written about that already.

“Ok, so you can’t prove where it came from? Maybe just give me some personal information so I know how to find you if something is wrong. Let me take a picture of your driver’s licence.”

I’m reaching here – more to determine if he’ll cooperate and less for the information. He pulls out his wallet and flashes the licence but refuses to let me take a picture.

And we get into it. A full twenty minutes about how I could drain his bank account with his driver’s license number, and that I should have told him ahead of time that I’d want his license. At every turn, he’s obstructing and unwilling to cooperate. No dice. I walk away from this one with a promise that he’ll provide the necessary details later and meet me halfway. I won’t hold my breath – he’s in the wind.

Driving back home through an oppressive snowstorm, anger welling up in me for wasting time and money to come out here for nothing, I’m thinking about what put me in this position. What drove me this far away.

To those in the know, these practices are generally considered a blight on the I.T. industry. Its sight and place mostly unseen to clients who expect that shiny new thing without delay. If you happen to know an I.T./MSP owner or even a systems administrator, ask them about Apple. But, make sure you’re ready to butter them up after because you’re about to bring down the mood.

The user expects a new Mac. A Mac of certain colours and specifications. When I have the hardware purchase approval I can’t just buy it from any of the major resellers in Toronto and have it drop-shipped to the client. No, Apple forces a retail purchase or nothing. So, sometimes I’m driven to the edge of the purchasing spectrum, so to speak. Most often, I’m either going to tell the client to buy themselves or if I’m adding value and making a tough sale, I will work to earn a profit on the hardware. This minuscule amount of profit often amounts to 2% or even up to 5% of the pre-tax purchase price. It helps keep the lights on if I earn it, or it helps the client get a cheaper price when I pass it to them.

The process of going to Apple directly as a reseller is a mostly dreaded arrangement. I email them hoping to get the meagre 5% “business” discount they used to offer, and they reply telling me all the ways they can’t. This morning after no response for the better part of a day, I decided to call my local Apple store. No answer.

The representative (I’ve already forgotten his name) calls me back immediately after I’ve hung up. He’s all chipper and seems ready to spew some scripted list of things I can’t have. I know this call well because, after years of working with Apple, they have always had the same attitude: Small I.T. companies are a nuisance.

“We’re working on your quote, but we, unfortunately, cannot sell to you on a business account if it’s going to another client,” he says while I wonder what gave them the whiff that I was doing this? It wasn’t my email asking for a quote.
“Are you serious? I’m just buying a machine, and have me as the end user if that works. Ship it to me,” I say.
“No, that’s no possible once we know.” the Apple sales guy says as he digs into his script.
“We want to work with all kinds of business, and that includes yours. We are not, however, in the business of procurement. If you want to do that, you’ll have to apply to become a reseller; I don’t know how that department works, but I think they aren’t taking on new resellers.”

Shut the fucking door. But that’s not all, this comedian has so much more to give.

“At Apple, we want to bring you all the advantages of our products and relationships are the key. If we’re to sell, it has to be to the end-user. Please provide us with a contact name and number so we can contact them directly.”

I’m laughing now. Out loud. Boisterously. In the lulls of my cackles, I can hear the Apple guy moaning “If you don’t want to talk to us fine”.
This guy has the cahonas to tell me I can’t buy the thing at a meagre discount and also that he wants to just take over the communication with my client? What the actual fuck?

Often these conversations end with rules like “business loyalty pricing is based on a 12-month revenue spend and it kicks in at about $5,000.” Or “no reselling” or “Tim Cook took a dump and doesn’t want to sell this to you”. Such is the game of trying to buy and resell Apple’s gilded product.

You’ll find that Apple products dominate grey markers such as Craigslist, Kijiji and Facebook Marketplace. There is also a healthy black market for this stuff all over the world. Is it because they’re so great that the attention is demanded? I used to think so, but the more I work with Apple, I see that I may be that their zero-shits attitude about product sales as a big contributor to this.

Apple has had its problems lately too. Stagnating iPhone sales. Oppressive litigation over “hackintosh” clone machines, attacking those who might repair the devices; and, a practice of pushing customers to replace hardware when it really doesn’t need it. Not to mention many who have been feeling nickel and dimed because of overpriced products. These activities are all set on helping Apple retain its position in the market, no matter the cost. But, I think there’s a growing unease with all this. A growing feeling that Apple doesn’t have our best interest at heart. Well, you can add IT Service Providers, to the list of those Apple screwed over.

For all this heavy-handedness from Apple, there are surely channels within the company that can afford small businesses a meagre profit for selling their overpriced wares. If these channels exist and help small I.T. Shops, I haven’t yet heard about them. I imagine there are telephony reseller specific reselling possibilities when hooked into one or all of the incumbents like Bell, but that channel is very specific.

There is, of course, the reseller option. As I’ve learned, Apple is generally going to expect that you’re a dude who has a storefront with no Apple stores around for miles and that you evangelize the shit out of the products. Of course, no I.T. firm is going to fit into these narrow parameters Apple sets. I understand this may have changed over the years, but it seems Apple has no interest in reselling through typical market channels that I.T. has operated under for decades. So, this leads people to find alternatives. In a market where you try to stop people, they’ll just do it more.

What’s the solution? I don’t know. I truly don’t. Not buying the product is not going to happen to Apple. They make a great product, so why should anyone be denied the thing? I sense that the black and gray markets for Apple’s products may become so large and unruly that it will overpower them, that they’ll have no choice but to stop ignoring customer’s needs – or another company will do it better. And many already are. Maybe that will signal a real decline.

I use and enthusiastically support Apple products. After keyboard problems, software problems and general annoyances, it may finally be time to put Apple back into the phantom zone graphics niche they occupied when MC Hammer was popular.

We put them there, we can put them back.