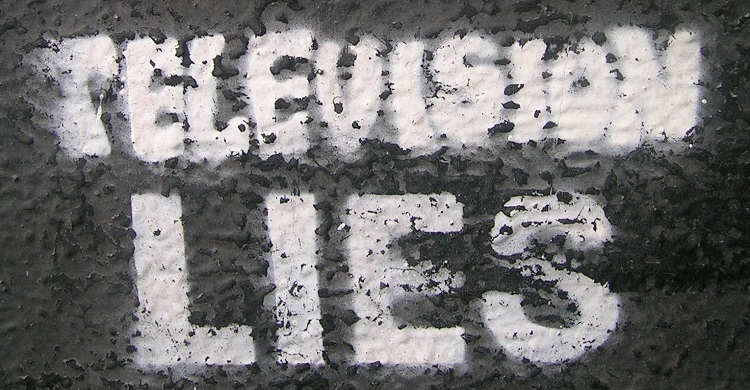 Fibs, half-truths, lies and the liars that tell them. There’s now a clear sense in this 2020 U.S. election season that our reality is being shaped by those who craft false stories – what’s left is equally false outrage and more lies. I can’t really point to the moment all of this started, but technology plays a very large role in getting us here. We’re living in societies that move lies as fast as light travels across a fibre cable.

In the United States, consider the “American Dream” itself and its adherence to upward mobility. This ethos of being able to make the best of a capitalist system by way of liberty. All of that was probably in decay for many years, but now as we approach two years with Donald Trump, this creed of “All men are created equal” has given way to “Not my president”. Today, unlike past presidents, we’re given instant fact-checks on the numerous lies Trump tells, an event to the grandiose level of the trashy listicle style. I mean, it’s true that all politicians lie, but there are few that would say that Trump’s lies are normal.

One of the biggest, and hardest to spot, however, are the lies of omission or stories by those who – well, for lack of a better way of explaining it – adhere to a sunk cost approach. If you aren’t aware of it, sunk cost dictates that those who have invested in something have already paid, so they might as well stick with it. Applying this to those that peddling in lies and conspiracies, and you’ll sense they’re just playing a role to the bitter end.

You know the type I’m talking about: Ann Coulter was probably the crescendo. After the passing of John McCain, many who agreed with him and disagreed with him took part in what one might assume is a classy farewell. And Coulter? This:

I don’t single this tweet out because it a lie about facts, I single it out because it’s a mistruth about respect, decency, classiness and honour. Coulter is clearly a right-wing “Shock” artist like so many before her, but there is a sense to me that she’d have a much harder time fueling these classless messages without access to instant dissemination. She can’t easily be ignored or marginalized like that douchebag school kid who learned hard lessons in gum-flapping from the business end of a fist.

In lies and society, we no longer have an auto-correct like that. They go out to the world and actually gain permanence, not lose it. What might have been a fight between two people that disappeared into the ether is now a metaphorical dancing baby that has likely been seen on the order of billions of times; until it’s picked up and attached to another meme.

That baby actually made quite a stir when it was featured in a 1998 episode of Ally McBeal. At the time it was fun and topical and help propel the Internet to even new heights. This all by the industry built to lie to us. We pay them for pleasure and escape. The ones we (under) pay to tell us the truth are journalists. They’ve been attacked by Trump as “The enemy of the people,” while seeing serious declines all across the board (thank the internet for some of this). Pay your local reputable newspaper for heaven’s sake.

But what has enabled this? My best guess is that technology, fast-moving tools like Twitter, Facebook, Snapchat have taken the stories that might have been meant to simmer, and thrown at us with a speed of a fastball. Couple that with a growing divide of ideas, thoughts and opinions. We’re all viewing the same events through very different lenses without something to underpin trust in the facts.

Also, might I humbly suggest you read Calling Bullshit: The Art of Skepticism in a Data-Driven World, by Carl Bergstrom and Jevin West and check out my Newsletter.