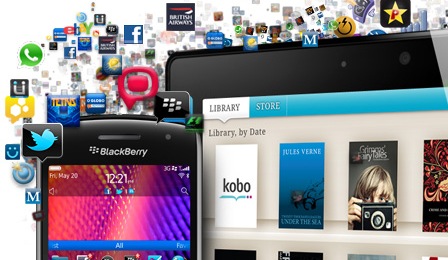 RIM is quickly becoming the kind of company we talk about when we think of what could be a great innovator. There was a time when RIM made products early adopters wanted for great features like BBM and “Push” email. Now, many have walked away from the platform and sales have gone cold for the Blackberry platform. With revenue down 19%, the fourth quarter results from RIM (read here) were quite brutal by anyone’s measure. But, what makes RIM the company of what could have been? Let’s look at some great things that could have been, shall we?

Android Apps
What I can only describe as a great deal of hoopla (I was excited about it), RIM was set to launch a platform that would run applications built for the Android platform.This was an amazing idea because the Android App (Market as it was called, now called Play) platform has a huge number of applications. Really, the other app store with more is the Apple App Store. So, the chance to be able to run all of the Blackberry apps and adding Android apps would have taken the platform to an all new level. I imagined that being able to develop an application and immediacy have in running in two places would be a huge boot for company we could all see was failing to capture the interest of technology enthusiast.

Then, disappointment. As details about this new platform emerged, it was clear that many Android applications would be useless on the platform. Anything tied to the launcher, or using much of Google’s messaging or speech subsystems would be made useless. What could have been was a robust platform allowing access to a massive selection of applications.

Tablet Down
That news was a major disappointment as RIM prepared to launch the Playbook, an unfitted (no email client) tablet that needed to be a big win for RIM. That big win would not come. Sales of the Playbook tanked. The tablet really did fail to capture any sort of imagination. I briefly considered getting one, but decided against it. The prices of the Playbook (as I reported) went into serious free-fall. How serious? Telus was selling a $599 tablet for as low as $149. Yes, $149! Things really couldn’t get any worse for the Playbook at that point- though because of the low prices, many were scooping up the tablet and sales did pick up. What could have been was a perfectly sized, reasonably priced tablet that would rival that of the iPad.

No BBM for you
When it seemed things couldn’t be any worse for RIM, news comes from Reuters that RIM’s former co-CEO Jim Balsillie was looking to license access to the proprietary Blackberry network by other vendors and ISPs. This would have included seeing the once “killer” feature of Blackberry Messenger (BBM) ported to other platforms like Android and iOS. There is even still rumour of active iOS and Android BMM development today. But, as time has gone on, the BBM feature is no longer killer, with apps like Whatsapp and many others doing much of what BBM does now. The plan Balsillie had was eventually vetoed as RIM would restructure. And, what could have been was a solid, really useful cross-platform messenger that might have ruled them all.

I’m sure you’re seeing the pattern here. While it is true that missteps happen, RIM is starting to become the “what could have been” company and not the “I want that” company. I do certainly hope that they turn the tide on this too. As a Canadian, I’m hoping for them to rebound (even though the outlook is bleak). One thing that seems more pervasive today than any other time I can remember is the kind of hate that seems to be levelled at RIM from within Canada. I’ve had a number of conversations with others who said they see the same thing. Do we as Canadians hate RIM than those in other countries? Perhaps it’s because we hold them up to a higher standard and expect more.