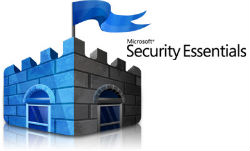 Is Anti-Virus Software Failing Us?

This is what seems like a tipping point, as many have started to seriously question the effectiveness of locally installed Virus Scanning applications. This idea of depending on virus scanning applications has been on my mind, and I wanted to flesh it out.

Let’s Explain Windows 8’s Failure To Sell, Shall We?

In a far too tasty article written by the king of Microsoft hyberbole, Paul Thurrott we get an insane rationalization of why Windows 8 sucked over the holidays? Do we blame it on a bad product?

Everyone Knows Microsoft Is Stodgy?

In an article on PC World Matt Smith sings the praises of Microsoft’s Research and Development department – but not before making a bold (and dodgy) statement. 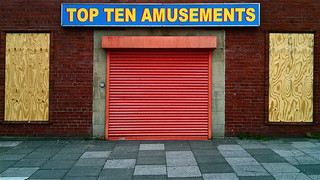 10 Most Important Technology Stories Of 2012

The year is drawing to a close and it’s a good time to reflect on the more important technology, hardware, software and news stories of 2012. It’s been something of a mixed bag…

The scenario: You need to get a copy of  Microsoft Office 2010 installed on your Windows-based computer, but don’t wish to buy a copy the Application. You heard there were free options available for this software but we’re sure how to get the application installed. Included in Microsoft Office 2010 Starter are stripped down versions […]

Since many business users still rely on the desktop Office application, they can’t (or won’t) move to the online Office 365 offering. I look at recent developments in a commonly used version of Office, in what’s shaping up to be a mess.

Many have considered Microsoft’s power from a consumer perspective, but in the blog “Microsoft’s Most Valuable Asset“, Jeffery Padgett is spot on about what is Microsoft’s major asset. he goes on to say: Why?  Because after the fail of Novell, the only relevant, full featured alternative for the corporate marketplace is AD.  When Novell was king, […]

Windows 8: Upgrade Now, Or Skip It – Our Advice

Microsoft Surface RT Gets Priced – Can It Compete?

This is interesting. Microsoft’s new RT-Based tablet devices have been priced and are available for pre-order online in the US. Pricing is is $499 US on the low end (with 32 GB) and $699 on the high end. My thoughts are this device can’t possibly compete on that pricing.