The problem is, that most Linux systems feel like, well, Linux. What if there was a Linux version aimed directly at Windows users? There is probably more than one, but one I wanted to look at was Zorin OS, let me show you what I think.

Choosing this sort of solution for an office of OS X machines may be a no-brainer, but, what if you wanted to run a network of Windows computers on this server? Would it stack up well to what Microsoft offers? Does it offer the kinds of things you might expect from a Windows Server? Let’s take a look.

After what seems like waiting forever – Google Drive is now live and available. More details are coming in, but if you have a Google Account, you can access Google Drive at drive.google.com.

This is great news from Microsoft. In a recent blog post (read it here), Microsoft announced the different versions of Windows that will be released. In essence, they’ve whittled this list down to four different versions. I have, for some time, thought that there were way too many versions of Windows, causing a large amount of confusion in the market (for consumers). In this recent announcement, Microsoft is smart to remove some of the confusion, but is it perfect?

How To Rotate A Video In 5 Easy Steps with Avidemux

How do you easily rotate my videos so you can post them on sites like Youtube? Well, you’ve come to the right place; I’m going to show you how to use your Windows computer to rotate those videos EASY. 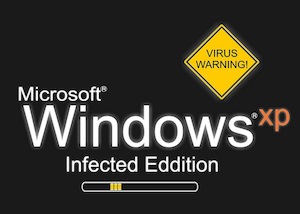 Basics: 2 Utilities You ALREADY Have On Windows That Can Fight A Virus

So, it should come as no surprise that I’m quite interested in what can be done to combat threats on a Windows computer with tools you already have. Today I’m going to look at three tools you’ll find on most any Windows flavour out there: Windows XP, Windows Vista, and Windows 7. Namely, wmic and taskkill. This is going to be more of a beginning overview of how you might use these tools to identify and stop a rogue application on your computer

Looking at permissions dialogs for both Windows 7 and Windows 8, you’d be forgiven if you thought they looked exactly the same. Essentially they do, but the changes that Microsoft have brought to permissions appear to be more involved when you go past the surface. One of the most common things an IT Guy/Girl or administrator will have to do […]

Malware: A Fast Way To Clean Up The Group Policy Mess After A Virus

So, you’ve cleaned an infected Windows PC and yet some stuff still lingers. You can’t right click on the desktop, you can’t get into task manager and you just know that a host of other policy related stuff is going on. Often, with Virus Scanners, they’re adept at removing files and folders, but they’ll leave behind things like registry settings (often […]

Windows 8 is Microsoft’s next generation Operating System. I continue to look at newer versions of Windows to highlight some of the Interesting features and details from a deeper perspective. This time around, I’m looking at a new feature in Windows 8 called File History.

Logmein On Safari: Solving The Pain

If you use Logmein on all the time, you’ll know that working from an Apple OSX machine has always been something of a pain. I have tried a number of things to get around some of the bugs I’ve seen, but few things really help. I found something today that has improved the use of Logmein on a Mac greatly. Let’s take a look at the problem and what you can do to solve it.